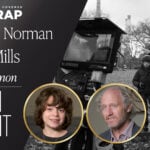 The project, based on Iain Lawrence’s 2016 novel, follows two boys whose lives are changed forever when they survive a boating accident and end up stranded on a remote Alaskan shore. Through environmental calamities and unimaginable obstacles, the two fundamentally different kids must eventually trust and depend on each other in order to survive.

Barry’s script made the 2021 Black List and he will produce along with 87North’s Kelly McCormick, Michael Collins, and Kristian Andresen via their 3Fifty Films banner, with 87North’s David Leitch executive producing.

Sierra/Affinity is handling global sales of the film and will make it available to buyers for the first time at this month’s Cannes Film Market.

Barry will make his feature directing debut on “The Skeleton Tree” after working as first assistant director on 50-plus projects, including “Nobody,” “Hobbs & Shaw” and “Deadpool 2.”

Tremblay, who broke out in the Oscar-nominated drama “Room,” has since appeared in films such as “Good Boys,” “The Predator,” “Wonder” and “Luca.”

Norman earned a BAFTA Best Supporting Actor nomination for his breakout role in last year’s “C’mon C’mon” opposite Joaquin Phoenix. He will next be seen in Universal’s “Last Voyage of the Demeter” and Lionsgate’s “Cobweb” opposite Lizzy Caplan.