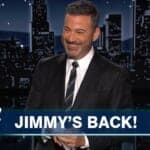 Jimmy Kimmel tackled a wide range of current events during his monologue on Tuesday night’s “Jimmy Kimmel Live!” including Dr. Mehmet Oz’s run for Senate in Pennsylvania, a topic that has been popular among the late night hosts.

“Meanwhile, Oprah’s former protégé, Dr. Oz is running for Senate in Pennsylvania where I guess he lives now. I don’t know,” Kimmel said, after transitioning from a segment mentioning the former daytime queen.

“The primary election is a week from today and Dr. Oz, who’s trying very hard to pretend to be a MAGA Republican, wants everyone to know that he has a friend at Mar-a-Lago,” Kimmel continued.

The “Live!” host then cut to a mashup video of Oz touting his Trump endorsement across many, many media appearances.

“Yeah, that’s not something to be proud of, Dr. Oz,” Kimmel quipped.

Kimmel then focused on some of Dr. Oz’s recent political opinions that he’s touted on the campaign trail.

“Dr. Oz is so — all of a sudden he’s convinced there was election fraudhe’s pro gun, he’s kissing up to Ted Nugent. It’s embarrassing,” Kimmel said. “At this point, Bill Cosby is a more credible TV doctor than Oz.”

Watch the Oz portion of Kimmel’s monologue at around the 7 minute mark in the video above. 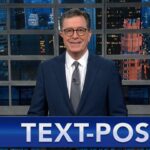