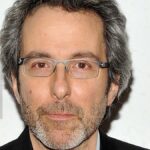 Christopher Meloni’s “Organized Crime’ spinoff, which launched in April 2021, brought back the actor as fan-favorite Elliot Stabler. This season saw multiple crossovers with “Law & Order: SVU,” and a tense storyline in which Stabler faces off with mobster Richard Wheatley (Dylan McDermott) and begins to suspect his partner Frank Donnell.Y (Denis Leary) isn’t on the up and up. The series co-stars Danielle Moné Truitt, Ainsley Seiger and Nona Parker Johnson.

“The iconic ‘Law & Order’ brand has long been synonymous with NBC and we couldn’t be more excited to bring back all three of these dramas for the 2022-23 season,” said Lisa Katz, President of Scripted Programming at NBCU Entertainment and streaming. “It’s a testament to the brilliance of Dick Wolf’s storytelling that audiences remain compelled by these unforgettable characters week after week, year after year.”

“Dreams do come true,” said executive producer Dick Wolf. “The renewals of the entire Wednesday and Thursday night lineups is the ultimate verification of our partnership with NBC and Universal Television. I personally want to thank the talented writers and casts, the producers who keep the trains running on time and the crews who tirelessly turn out outstanding shows despite a degree of difficulty never before experienced due to the pandemic.”

“SVU” was previously renewed for a 24th season, extending its record as the longest-running primetime live-action series of all time. 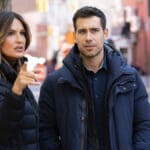 Since “Law & Order” returned in February 2022, NBC has ranked No. 1 on Thursday nights in the 18-49 demo with its all “Law & Order” franchise lineup, the network reports.