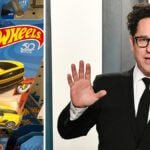 Beloved doll and book line American Girl is getting two new live-action specials. Mattel, Inc. announced on Wednesday that it is partnering with HBO Max and Cartoon Network on a pair of American Girl specials that will debut in 2022 and 2023.

The first special will focus on American Girl’s 2022 Girl of the Year, Corinne Tan, and is set to premiere this December on Cartoon Network followed by a next-day streaming debut on HBO Max. A second special will premiere in 2023.

First up, the 60-minute special “American Girl: Corrine Tan” (working title) “follows 13-year-old ski enthusiast Corinne Tan as she navigates her parents’ recent divorce while her 10-year-old sister, Gwynn, dad , mom, and stepdad Arne have adjusted to their new roles in this blended family. She discovers a new purpose when she challenges herself to train a rambunctious puppy named Flurry to become a search and rescue dog. ‘American Girl: Corinne Tan’ tells the inspirational story of a proud big sister as she comes to understand family, perseverance, and self-acceptance,” according to the announcement.

Angela Tortu (“Fresh Off the Boat”) will direct with a cast that includes Miya Cech (“Marvelous and the Black Hole”) as Corinne, Kai Cech (“The Longest Sleep”) as her sister Gwynn and Michelle Krusiec (“Hawaii Five-O”) as their mom, Judy.

“Mattel Television is excited to partner with HBO Max and Cartoon Network to introduce our new American Girl special featuring 2022 Girl of the Year, Corinne Tan,” said Fred Soulie, Senior Vice President and General Manager, Mattel Television. “Corinne is a strong role model, encouraging viewers to be their true, authentic selves of her. We are proud to bring her rich story to life and inspire television audiences of all ages.” 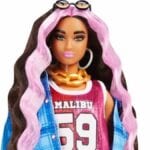 “This diverse portfolio of live-action projects captures the sweetness, the funniness, the chaos, and the messy imperfect genius of growing up and becoming who you are. Let’s face it, most of us can still relate to all those feelings which makes this content so resonant,” said Amy Friedman, head of kids & family programming, Warner Bros. “These projects are a reflection of our commitment to bring in more girls and teens to HBO Max and Cartoon Network with authentic, fun, courageous, and emotional stories that speak to kids lives now.”

“MarVista is proud to join Mattel Television and HBO Max in bringing the American Girl franchise to life with American Girl: Corinne Tan. Corrine’s story really resonated with our team as an inspiring reflection of what many young adult females are grappling with today,” he said. Hannah Pillemer, EVP Creative Affairs for MarVista. “Set against the beautiful backdrop of a Colorado ski town, Corinne perseveres through challenging changes in her family dynamic de ella, with help from her younger sister Gwynn and a spirited Search and Rescue pup named Flurry. What’s not to love?