Neon Takes US Rights to Mothers’ Instinct With Hathaway and Chastain 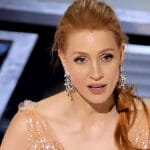 Neon has secured US rights to the English-language remake of “Mothers’ Instinct,” which will star Oscar-winning actresses Anne Hathaway and Jessica Chastain.

The film, which is fully financed by Anton, is a remake of the 2018 Belgian film “Duelles” from director Olivier Masset-Depasse, who returns to direct this English-language take on the same story. Writer Sarah Conradt (“50 States of Fright”) adapted the English language script.

Based on the novel “Derrière la Haine” by Barbara Abel, the psychological thriller is set in the early ’60s and follows best friends and neighbors Alice (Chastain) and Celine (Hathaway) who both live an idyllic traditional lifestyle with manicured lawns, successful husbands and sons of the same age. Life’s perfect harmony is suddenly shattered after a tragic accident. Guilt, suspicion and paranoia combine to unravel their sisterly bond and a psychological battle of wills begins as the maternal instinct reveals its darker side.

Hathaway and Chastain will serve as producers on the film, as well as Chastain’s partner Kelly Carmichael under their Freckle Films banner. Production is due to begin on May 25 in the US
Masset-Depasse won a record-breaking nine Magritte Awards from the Belgian Academy, including Best Film and Best Director.

“Mothers’ Instinct” is also produced by Paul Nelson (“Under My Skin,” “Pod Generation”) at Mosaic and Jacques-Henri Bronckart (“Duelles,” “The Nun”). Producer and financier Anton (“Greenland,” “The Night House”) is fully financing the project with Anton’s Founder and CEO Sébastien Raybaud overseeing the project with Anton’s John Zois, President of Production, who negotiated the deal with CAA. CAA Media Finance arranged the film’s financing and represented the project’s domestic rights alongside Anton.

See also  X-Men: How Archangel Saved Team Marvel From His Own Ship

Chastain — who is coming off her first Oscar win for “The Eyes of Tammy Faye” — and Carmichael noted in a statement: “Neon is a true filmmaker’s haven. Their unique vision and distinctive campaigns are a reflection of their mission to bring the best and most diverse cinematic experience to US audiences. ‘Mothers’ Instinct’ will be in excellent hands with Tom and the team.”

The deal was negotiated by NEON’s Jeff Deutchman, EVP of acquisitions & production, with Cecile Gaget, Anton’s president of International Production and Distribution in addition to CAA Media Finance on behalf of the producers. Since optioning the original film and book and having fully financed this film from development through packaging, Anton will also be handling all international rights.

Neon is coming off a banner 2021 which saw Oscar nominations for “Spencer,” “Flee” and “The Worst Person in the World.” The studio will next release David Cronenberg’s “Crimes of the Future.” 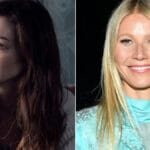