No Country for Dirty Old Men: Why Frank Langella, Bill Murray and Fred Savage Got the Ax 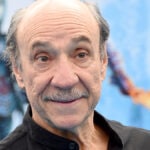 But more on what happened last month during the filming of Netflix’s adaptation of Edgar Allan Poe’s “Fall of the House of Usher” a bit later. How Langella’s behavior on the set — not just telling that bawdy zinger but also touching an actress’ leg during the filming of a love scene — led to the 84-year-old Oscar-nominated actor getting canned from the series. And how he’s fighting back in the press, posting an open letter defending his actions by him, positioning himself as “collateral damage,” a victim of “cancel culture” run amok in Hollywood.

First, though, let’s catch up with a couple of other men of a certain age who’ve recently landed in hot water — like 71-year-old Bill Murray, who last month got tossed from the set of “Being Mortal,” Aziz Ansari’s directorial debut, after complaints of “inappropriate behavior,” which reportedly included teasing female co-stars, getting flirtatiously “touchy” and pulling on at least one actress’ ponytail.

There’s also the case of former child star Fred Savage, who is only 45 but who started acting when he was 11, giving him 34 years in the business. Last week, Savage got fired as executive producer and director of “The Wonder Years,” ABC’s reboot of the 1980s show that first made him a star. The allegations this time were of “inappropriate conduct” reportedly involving “verbal outbursts.”

It’s the latest example of Hollywood’s zero tolerance policy on TV and film sets — which is either a refreshing comeuppance after years of dudes behaving badly on soundstages or a new era of tyrannical repression that makes it all but impossible for creatives to create, depending on which side of the woke fence you’re on.

What’s interesting about these cases is that each of the three men involved has responded to their dismissals in completely different ways. Savage, who has a history of running into trouble going back to his teenage years (when a female co-star on “Wonder Years” accused him and another actor of sexual harassment; ABC at the time determined there was no basis for the claims) , has so far maintained radio silence in the initial days since its termination. It’s a classic crisis management strategy — hunker down until the storm passes.

Murray, on the other hand, went another route, apologizing — without actually saying the words “I’m sorry” — during an interview in Omaha at the Berkshire Hathaway investor meeting in late April (turns out he’s a shareholder). “It’s been quite an education for me, I’ve been doing not much else but thinking about it for the last week or two,” he told CNBC. “The world is different than it was when I was a little kid. You know, what I always thought was funny as a little kid isn’t necessarily the same as what’s funny now. Things change and times change, so it’s important for me to figure it out… That’s a really sad puppy, that can’t learn anymore. I don’t want to be that sad dog.”

Given Murray’s decades-long reputation as an on-the-set rabble-rouser — this is the guy who exchanged physical blows with Chevy Chase backstage on “SNL,” who famously hurled insults at Lucy Liu while shooting “Charlie’s Angels” — it does seem a little odd that getting called out for some teasing and ponytail-pulling would miraculously result in the sudden raising of his consciousness. But whatever. His game plan of him is contrition. Another classic strategy.

Langella, though, is clearly taking the road less traveled. He’s punching back. in to 800-word open letter posted on Deadline on May 5, the man who snagged an Oscar nom for portraying Tricky Dick in “Frost/Nixon” acknowledges the essential facts behind his firing — that he did indeed tell a racy joke, touch the actress’ leg while shooting a love scene and sometimes call her “honey” — but argues that there was nothing wrong with any of those things. Or, at the very least, none of those behaviors warranted his firing of him — including the leg touch, a gesture that he admitted had not been blocked in advance with the set’s intimacy coordinator, the person charged with making sure actors are comfortable with physical contact during filming.

“It was a love scene on camera,” Langella indignantly wrote, dismissing as “absurd” the very idea of ​​an intimacy coordinator. Legislating the placement of hands, to my mind, is ludicrous. It undermines instinct and spontaneity.” He went on, apparently explaining his intention behind the dirty joke, “When you are the leading actor, it requires, in my opinion, that you set an example by keeping the atmosphere light and friendly.” And, finally, he concluded with his broader assessment of cancel culture, which he described as “the antithesis of democracy,” calling it “not American.” 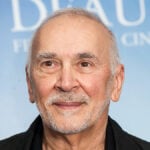 There’s a lot to unpack here but buried in all that fury Langella may have something like a point, at least with one piece of his argument. If any of his transgressions by him had taken place in the boardroom of a white-shoe law firm or an Ivy League lecture hall, they might have been firing offenses. But they didn’t. They took place on a soundstage, a wholly unique workplace. By its nature, acting demands a degree of forced intimacy among the players, not to mention a measure of reckless un-inhibition. In order to do their jobs properly, actors, even Oscar-nominated ones, need to be able to make asses out of themselves.

Of course, that’s not a license to turn a soundstage into a predatory playground. Actress Allison Dore, who has never worked with Langella, made that clear enough in her angry response to the actor’s letter from her, posting on Twitter a story about being groped by a co-star while shooting a TV show: “In the final scene… my character was dead on the floor and the guy was supposed to kiss me on the lips. I consented to that. We did a bunch of takes [and] all went according to the script. On the last take, [he] decided to not only make out with my face, but also start[ed] groping my breasts. Like really went for it. It was not in the script. I was not asked in advance, and it was shocking and horrifying. I felt embarrassed and ashamed.” 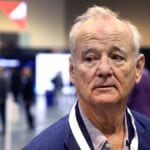 Look, I obviously don’t have all the answers about what to do with these unruly high kockers (or, in Savage’s case, an aging boychik). Mostly, I’ve just got questions. Did they really deserve to be fired or would some other, less draconian punishment have done the trick? Like, say, being made to apologize to the entire cast and crew and promising never to do it again. Can generational cluelessness ever be offered up as a defense? Or does zero tolerance also mean zero mercy? And why is it not OK (boomer) to tell dirty jokes on a Netflix soundstage when Dave Chappelle is allowed to be as offensive as he desires on the streamer’s comedy specials, upsetting a whole lot more people with his hardcore cracks about trans people and gays than just one actress on a film set.

For that matter, would I be writing this article at all if instead of filing a complaint with Netflix after Langella touched her leg, the actress in question had simply kneed the octogenarian in the groin and warned him to keep his paws to himself? I’m guessing not.

Bill Murray was right. It is a sad puppy who can’t learn anymore. But as Hollywood — and especially its elder statesmen — grapple with the often-befuddling new rules of on-set engagement, that ancient adage about old dogs and new tricks has never rung truer. Making Hollywood a safer — but also a saner — place to work is going to take some time. Also, maybe, some patience. 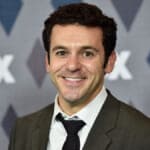