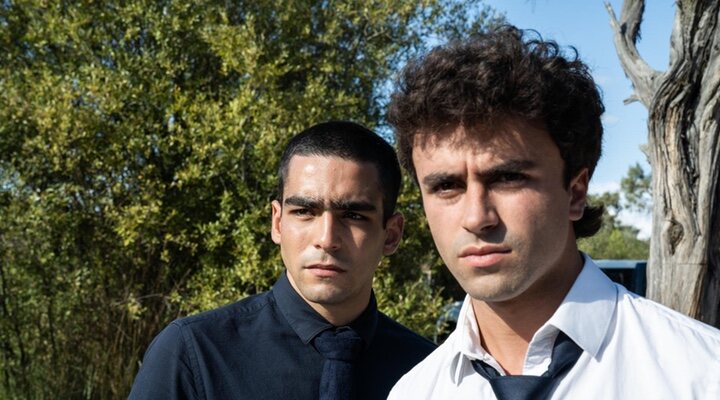 With the recent premiere of the fifth season last April, ‘Elite’ continues to reveal crucial events that will mark the future of the series. As happened recently with another veteran actor, Netflix is ​​now saying goodbye to one of the most recognizable faces in teen drama.

This article contains spoilers for the fifth season of ‘Elite’

At the departure of Omar Ayuso, who had been playing Omar Shanaa since the first season, we must add that of another of the original actors who was from the beginning: Itzan Escamilla, who played Samuel Garcia. In the eighth episode of season 5, titled ‘Your side of the world and mine’, we got to see how Samuel split his head open with the curb of a swimming pool because of Benjamín (Diego Martín), leaving open what his continuation would be and allowing fans to speculate on the future of Escamilla’s character.

Well, the speculations have ended since Both the actor and the series have confirmed through their social networks the farewell of Escamilla after five seasons in Las Encinas. The actor uploaded a post to his Instagram account where he only added a heart and a lock, showing the love he feels for the series that made him successful.

Also the official account of ‘Elite’ on Twitter has said goodbye to the actor with several photos on the set. In one of them, Escamilla appears with a clapperboard where you can read “Itzan, we love you”. The tweet reads “That’s how we met him, and that’s how we said goodbye, Samuel”showing images of both his first and last moments.

The series thus confirms the dismissal of the only two actors who remained in the series since the first season. Although a sixth was already confirmed even before the fifth was released, this change represents a generational leap, where we will begin to see new faces.

Some who leave, others who come

While Escamilla’s departure seems like a point of no return since the actor is filming ‘Midnight Family’ in Mexico, a new Apple TV+ series, ‘Elite’ will return with a good bunch of new characters. The sixth season would have five new protagonists of whom we only know the actors: Carmen Arrufat, Álex Pastrana, Ander Puig, Ana Bokesa and Álvaro de Juana.

In full production of its season 6, ‘Elite’ could finish it for the month of September, which would mean a premiere for Christmas or already for the beginning of 2023.