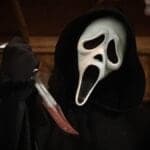 Hayden Panettiere is ready to “Scream” once more.

Spyglass Entertainment and Paramount Pictures said Wednesday that Panettiere will reprise the role of Kirby Reed, apart from that she previously brought to life in 2011’s Wes Craven-directed “Scream 4.” She’ll be joining cast members from the sixth installment (just called “Scream”), which was released earlier this year to solid box office and a warm critical reception. They include Melissa Barrera, Mason Gooding, Jenna Ortega and Jasmin Savoy-Brown. It’s unclear if legacy players Neve Campbell and Courtney Cox will be back.

Reed was the best friend of Jill Roberts (Emma Roberts), Sidney’s cousin and – spoiler alert for a 10-year-old movie! – one of the Ghostface killers (she was jealous of all the attention Sidney got from the original murders).

What’s interesting is that the filmmakers behind this year’s “Scream” wanted Panettiere back for the sequel and even filmed a short scene with her (it would have been a YouTube clip that Jack Quaid’s character watched). Clearly they wanted Kirby back but also wanted to have her return from her with a certain amount of fanfare and importance.

Directing the new movie are Matt Bettinelli-Olpin and Tyler Gillett, the returning duo from this year’s “Scream” and part of the Radio Silence filmmaking team with producer Chad Villella, as well as screenwriters Jamie Vanderbilt and Guy Busick and Kevin Williamson, whose script for “Scream” birthed the franchise, will return as an executive producer.

This new “Scream” hits theaters on March 31, 2023. It begins filming later this summer.

See also  American Idol: what Gabby Barrett from season 16 is doing in 2021