The Kids in the Hall Review: Sketch Group Grows Up in Amazon Revival 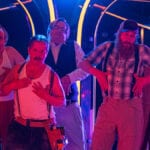 Though an enormous number of beloved, bygone TV shows have been revived for the streaming era, there isn’t a whole lot of precedent for this kind of revival in the area of ​​sketch comedy. It makes sense: There are fewer hit sketch comedy shows than straight sitcoms or dramas, and many of the most famous lineups would now be incomplete (like “SCTV” or “Monty Python’s Flying Circus”), or have featured too many incarnations to reunite properly (like the many casts of “Saturday Night Live”).

There’s also the matter of how sketch comedy is often fueled by youthful vitality. “The Carol Burnett Show,” for example, was a huge 11-season hit in the ’60s and ’70s, but a 1991 revival quickly floundered despite arriving just 13 years after its original finale—about the same amount of time that’s elapsed since Canadian comedy troupe the Kids in the Hall last appeared on television.

All that said, it also makes a certain amount of sense that the Kids in the Hall would buck this dire outlook and ride the TV-revival wave. For one thing, they’ve reunited before: for the fractious making of the 1996 feature film “Brain Candy”; for live tours in the 2000s that featured mostly new material; and for “Death Comes to Town,” the ambitious but seemingly half-forgotten 2010 miniseries that marked their last major project together. All of this work has shared a comic style and even some characters with the original five-season TV series. Amazon’s new eight-episode run of “The Kids in the Hall” is designed to even more closely replicate the feel of that show: same sketches-and-characters structure, same theme music, same original kids Dave Foley, Bruce McCulloch, Kevin McDonald , Mark McKinney, and Scott Thompson.

Of course, those kids are not exactly the same; at this point, they’re well into middle age, a fact that does not escape the self-deprecating ensemble. The first episode of the new series features Don Roritor (Mark McKinney), the CEO character from “Brain Candy” (whose speaking voice is modeled on “Kids” and “SNL” producer Lorne Michaels), and his assistant Marv (Dave Foley) discussing the revival, which involves the five kids being exhumed from the grave where they were buried at the end of the original series. Throughout the five episodes provided for review, characters new and old necessarily skew toward older versions—sometimes more desperate, and sometimes, as with Dave Foley’s self-styled classic-rock DJ playing a single seven-inch record from his basement after an apocalypse, nearly defeated. When their classic kid character Gavin makes a brief appearance, a supporting player wonders aloud if McCulloch is a bit too old to still be playing him.

Yet the indignities of aging also provide an unusually strong fit for these forever Kids, because their comedy has so often attuned to life’s darker, sadder absurdities. (That divisive, hilarious feature film “Brain Candy” is all about the chemical and ultimately unsuccessful attempt to cure depression or even mild dissatisfaction.) This comes through especially clear as multiple new Kids sketch premises ruminate on changing times and finality. In another revival of older characters, longtime coworkers Kath (McCulloch) and Cath (Thompson) preside over their company’s final fax-machine transmission. Thompson’s adored monologue Buddy Love turns up to commune with the world’s last glory hole. There are also some surprisingly topical points, like a Zoom call taking hilariously explicit inspiration from disgraced pundit Jeffrey Toobin. More often, though, the Kids are happy to poke fun at their new demographic, as when McDonald plays an older lady who wants to photograph her trendy restaurant food for “social media.”

Sometimes the Kids do run the risk of appearing, well, not exactly out of touch—their Python-via-Canada sensibility is too singular to currency—but perhaps a little musty. If the sketch about, say, the weight-loss faucet that can drain fat from a human body feels a little familiar, and behind the satirical curve, that may due to its origins as part of a stage show 15 years ago. Another revival from their tour, the superhero spoof “Superdrunk,” was probably more fun live, where it can be further divorced from its overly familiar ’60s-Batman aesthetics. (Though 15 years on, who can remember clearly?) A subtle production change shifts the context of some of these sketches: While the original series had a mixed of filmed pieces and traditional live-TV-style stagebound sketches, the new series is all the former. This lends the show plenty of stylistic dexterity from longtime director Kelly Makin and newer addition Aleysa Young, but some pieces might have been fun to see as simpler productions, much like when “SNL” airs a pre-taped bit that could have worked as a traditional sketch.

These are quibbles, however, with a series that’s funny more often than not—and hasn’t lost its sense of daring over the years. (Occasional nudity and gore go far beyond what even longtime fans might expect.) What comes through most clearly on the new “Kids in the Hall” is the comic chemistry between its five major players, who seem downright delighted to be bouncing off each other again. Foley, McCulloch, McDonald, McKinney, and Thompson have all been fixtures in film and TV comedy over the years, and have done plenty of outstanding work apart. Their reunion, though, is able to offer something unusual for sketch comedy: the daft illusion of growing old together.

“The Kids in the Hall” premieres May 13 on Prime Video. 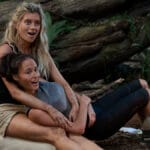