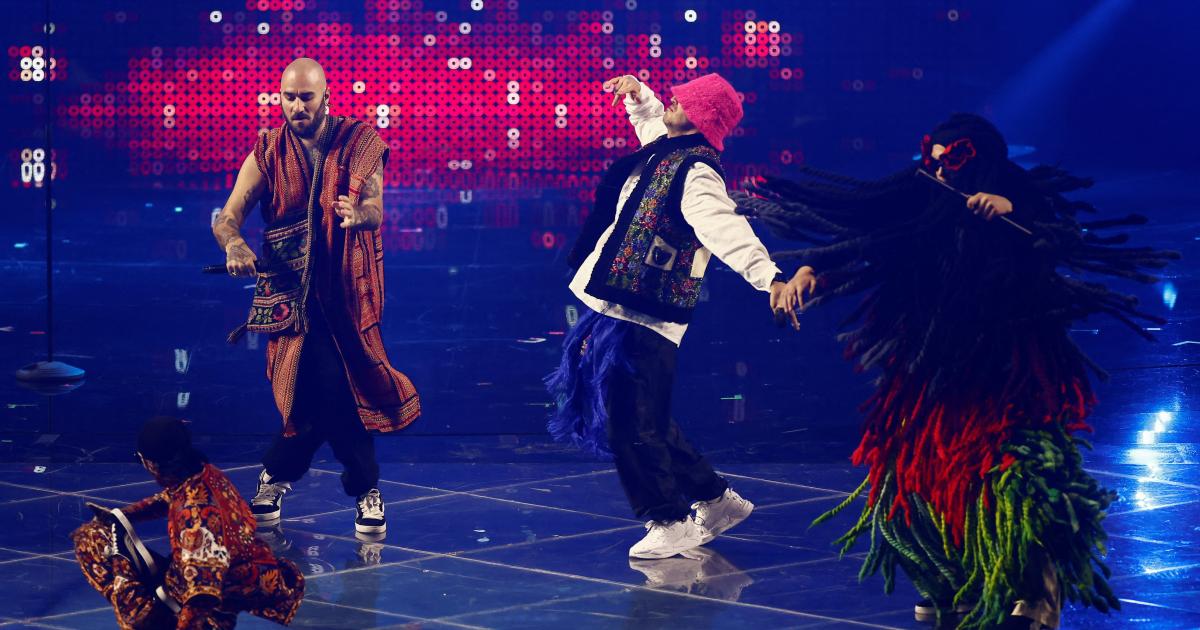 When the final of the Eurovision Song Contest kicks off May 14 in Turin, Ukraine’s Kalush Orchestra will start as heavy favourites. The band’s entry, a song called “Stefania,” evokes the sadness of the ongoing war (“I’ll always find my home, even if all the roads are destroyed”). Just by being there, the Kalush Orchestra will earn the benefit of public goodwill for Ukraine—and that is likely to translate into a wave of public votes, which determines the Eurovision winner every year.

Russia, on the other hand, is nowhere in sight. A day after Vladimir Putin’s troops invaded Ukraine, Eurovision banned Russia from competing this year.

The Eurovision song contest began in 1956, but Russia and Ukraine began to compete only after the end of the Cold War, in 1994 and 2003 respectively. Over the past decade and a half, their fraught relationship has frequently been seen into Eurovision. Ukraine’s entries, in particular, have been ripe with politics, said Vaughan Staples, the president of the UK chapter of OGAE, an international Eurovision fan club. “Russia have lots of avenues to showcase their prominence: the Olympics, say, or football,” said Staples, who has attended every Eurovision final since 2013. “Ukraine doesn’t often have those. Eurovision is the one venue where it can showcase a message.”

Here, then, is a chronology of Russia-Ukraine relations over the past 15-odd years, as exemplified by the politics of Eurovision songs:

Having made its Eurovision debut in 2003 and won the title the very next year, Ukraine fared poorly in 2005. But its song, a Ukrainian hip-hop anthem that translated into “Together we are many,” was originally written about the country’s contested 2004 presidentialelection. A Russian-backed candidate, Viktor Yanukovych, had first claimed victory, triggering the protests of the Orange Revolution and then a second round of voting, in which Yanukovych lost to the pro-European Viktor Yushchenko. To scrub the song clean of overt political references, as required by Eurovision, the band GreenJolly had to take out lines that mentioned Yuschenko directly. “Ever since that time,” Staples said, “there has been a move in that political direction. This is not a new thing.”

In the final, the singer Verka Serduchka placed second with a song called “Dancing Lasha Tumbai.” Serduchka had maintained that the words “Lasha Tumbai” were Mongolian for “whipped cream,” but that turned out to be a ploy to smuggle some politics into the song. Not only does Mongolian have no such phrase, but the words also sounded remarkably like the Ukrainian for “Russia Goodbye.”

Russia annexed Crimea in the early spring of 2014, perhaps too late for Ukraine to send in a politically charged anthem by the mid-March submission deadline that year. But Staples, who went to the end, recalled plenty of booing for the Russian act called the Tolmachevy Sisters. (They ended up placing 7th, just a spot below Ukraine.) It wasn’t that the viewers didn’t appreciate the Russian song, Staples said. The booing was sparked by a Russian law criminalizing “gay propaganda,” passed in 2013. “The audience was very LGBTQ-friendly, very inclusive,” Staples said. “The hostility towards Russia was very loud..”

In 2015, Ukraine didn’t take part in Eurovision. “We don’t want to do something badly, and we don’t have the money to do something well,” a representative from the state broadcaster told the BBC that year. In 2016, though, Ukraine came thundering back, winning the contest outright with a slow, mournful song called “1944.” It couldn’t have been a more pointed entry. The singer, Jamala, told the story of her great-grandmother’s deportation from Crimea, part of an ethnic cleansing of the peninsula ordered by Joseph Stalin in 1944. A furious Russia threatened to boycott the contest. If politics infiltrated Eurovision, a Russian foreign ministry spokesperson wrote on her Facebook wall, the next winner could well be the ongoing war in Syria—a country that doesn’t participate in Eurovision, but that was accused of benefiting from Russian aid in its attacks on its citizens. Sardonically, the spokesperson suggested lyrics to the song: “Assad blood, Assad worst. Give me a prize, that we can host.”

See also  Did Scar break a Predator code of honor in Alien Vs Predator?

When Ukraine hosted the 2017 Eurovision contest, Russia entered a vacuous song called “Flame is Burning,” to be performed by Yuliya Samoylova, a wheelchair-bound singer. “It was like Russia was trying to see what they could get away with by choosing her,” Staples said. It turned out that Samoylova was a vehement champion of Russian presence in Crimea. Further, the Security Service of Ukraine discovered that she had entered Crimea from Russia—the easiest way into the region, given it is controlled by Russia, but one that Ukraine deems an illegal violation of a Crimea-Russia border that rightfully ought to exist. As a result, Samoylova was barred from taking part. The Eurovision authorities to pipe her performance remotely, but Russia declined and went on to officially withdraw from that year’s edition. The director general of the contest, Ingrid Deltenre, called Ukraine’s behavior “absolutely unacceptable.”

“Russia felt the same singer who would have gone in 2017,” Staples remembered. She failed even to qualify for the semi-final. “It was sad. The song was bad, and she wasn’t really able to perform. It was like this young woman was being used as a political pawn.”

Maruv, a Ukrainian singer, won the national selection for Eurovision 2019, but her numerous concerts in Russia prevented her from going on to the main competition in Tel Aviv. “Ukraine’s representative cannot be an artist who tours through the aggressor state, plans to do so in the future, and sees nothing unacceptable about this,” Vyacheslav Kyrylenko, Ukraine’s deputy prime minister, wrote on Twitter. Ukraine’s national broadcaster ruled that Maruv could represent her country only if she pulled out of all her Russian engagements. “Ella She was n’t willing to compromise her fan base in Russia, so she she withdrew,” Staples said. To Ukraine’s surprise, the first and second runners-up declined these clauses as well. Ukraine ended up sending no entry to Eurovision 2019 at all.

See also  Sherlock: The Moriarty wasn't just an explanation of one person's theory

This year, politics had reared its head even before Russia invaded Ukraine. After 2019, Ukraine had mandated that no musician who had visited Crimea from Russia could be eligible for its national selection. In 2022, a few days after the singer Alina Pash won a Ukraine-wide selection contest, a blogger claimed that Pash had forged the documentation for a trip to Crimea she’d taken in 2015. In the ensuing scandal, she pulled out. The runner-up, Kalush Orchestra, a group that fuses hip-hop and folk music, became Ukraine’s official entry to Eurovision 2022—and potentially, come Saturday, a triumphant entry at that.