‘All American: Homecoming’ Renewed for Season 2 at The CW 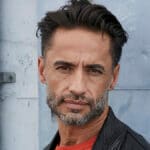 The CW has ordered a second season of the drama “All American: Homecoming” for the 2022-23 broadcast season, the network announced on Thursday.

The series, from Nkechi Okoro Carroll, is set at fictional HBCU (Historically Black Colleges and Universities) Bringston University and follows tennis star Simone (Maya), who moved from Beverly Hills to Atlanta, Georgia in the first season, as well as Damon ( Peyton Alex Smith), an elite baseball player from Chicago.

The “All American” spinoff, which stars Geffri Maya, has become one of The CW’s most-streamed shows on the CW app, according to the network.