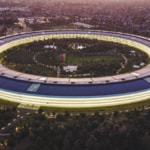 The seven-part thriller will be told in real time as a hijacked plane makes its way to London over a seven-hour flight and authorities on the ground scramble for answers. Elba stars as Sam Nelson, an accomplished business negotiator trying to save the lives of the passengers with a high-risk strategy that could backfire at any moment.

Panjabi, who won an Emmy for her portrayal of Kalinda Sharma on CBS’ “The Good Wife,” will play Zahra Gahfoor, a counter terrorism officer who is on the ground when the plane is hijacked and becomes part of the investigation.

Panjabi was most recently seen in a season-long arc on “Snowpiercer.” She also appeared in the miniseries “I Know this Much is True” opposite Mark Ruffalo, and recurred in the Phoebe Waller-Bridge-created “Run.” She recently wrapped the third season of Canadian series “Departure” and will reprise her role of NSA head Nas Kamal on “Blindspot” in the upcoming season. She is repped by Gersh.

“Hijack” marks the first project from Elba’s first-look deal with Apple TV+ and his Green Door Pictures, and will be produced by 60Forty Films and Idiotlamp Productions in association with Green Door. The series is written by George Kay (“Lupin,” “Criminal”) and will be directed by Jim Field Smith (“Criminal,” “The Wrong Mans”), who will both also serve as executive producers alongside Elba, Jamie Laurenson, Hakan Kousetta and Kris Thykier.