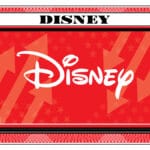 The conglomerate run by Hollywood mogul Ari Emanuel increased revenue to $1.47 billion during the first three months of the year, eclipsing the year-ago period’s $1.07 billion. Much of the growth was attributed to an economic recovery from pandemic lockdowns that sideswiped live events such as its Ultimate Fighting Championship franchise and the Super Bowl.

Profit during the period rose to $517.7 million of net income, up from $2.4 million in the year-ago period when Endeavor was not a publicly-traded company. Net income attributable to shareholders was $319.5 million, or $1.16 per diluted share.

The results surpassed Wall Street projections for revenue of $1.33 billion.

“Our growth in the first quarter was driven by our ability to respond to the high demand for premium content and live events,” said Emanuel in a statement. “We feel great about where we sit relative to the secular tailwinds across all of our businesses, and we’ve raised our guidance for the fourth quarter in a row to reflect our positive outlook for the balance of the year.”

The company also boosted its full-year revenue and profit guidance. Revenue is expected between $5.24 billion and $5.45 billion, while profit before excluding certain accounting items will range between $1.1 billion and $1.15 billion.

Endeavor’s sports business reported revenue rose to $296.7 million, up from $13.2 million last year. The jump was due to the revival of live events that was shut down because of COVID-19 restrictions. The company said the increase was driven by sponsorship, licensing, and the UFC. 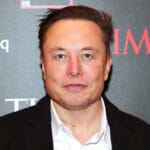 The events, experiences, and rights segment posted revenue of $825.8 million, up from $286.2 million last year. The 53% jump was anchored by full-capacity live events in the quarter compared to the first quarter of 2021, including Super Bowl, the Miami Open, and the NCAA Final Four and Frieze LA.

Endeavor’s marquee talent representation business posted a 44% increase in revenue to $357.3 million. Growth was spurred by increased brand spending during the quarter, along with higher commissions to book talent as movie and television production ramped up.