George and Mayan Lopez Comedy ‘Lopez vs. Lopez’ Picked Up to Series at NBC 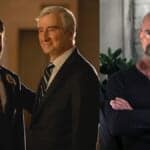 The network has picked up the comedy from Universal Television to series. It will air on NBC, and stream the next day on Peacock. No premiere date has been set.

The series comes from writer and executive producer Debby Wolfe (“One Day at a Time”), who is also serving as showrunner, with Bruce Helford (“The Connors,” “George Lopez”) supervising and serving as an EP.

It’s centered on a working-class family and focuses on “dysfunction, reconnection and all the pain and joy in between,” per a logline.

Alongside the Lopezs, the cast includes Selenis Leyva, Brice Gonzalez and Matt Shively, with Laci Mosley and Kiran Deol in recurring roles.

Mohawk Productions, Travieso Productions, Mi Vida Loba and 3 Arts are the production companies behind the series.

Mayan previously had a role in her dad’s ABC comedy “George Lopez” back in 2007.