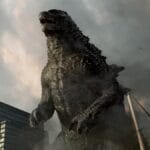 The sequel to last year’s “Godzilla vs. Kong” is about to go into production and it has now found its human lead: Dan Stevens, from “Downton Abbey” and Disney’s live-action “Beauty and the Beast” remake, according to an insider with knowledge of the project. The “Godzilla vs. Kong” sequel will reunite the actor with Adam Wingard, who directed Stevens in the devilish 2014 thriller “The Guest,” which became something of a cult classic in the years since its release.

Details for the “Godzilla vs. Kong ”sequel are scarce, although it will assuredly bring back both Kong, who at the end of last year’s movie assumed his rightful place of him as King of Hollow Earth; and Godzilla, who slunk back into the ocean ready to destroy peaceful cities or save the planet (whatever comes up first). Together, Godzilla and Kong defeated the evil Mechagodzilla. (At the end of a previous draft of the “Godzilla vs. Kong” script, the Orca machine from 2019’s “Godzilla: King of the Monsters” is set off inside Hollow Earth. The unearthly properties of Hollow Earth ended up beaming the distress call to other parts of the galaxy and, in the final moments of the script, Godzilla and Kong were seen facing off against all manner of inter-dimensional beasts. Talk about a multiverse of madness!)

What’s interesting about Stevens is that he was initially eyed for the role that Alexander Skarsgård wound up playing in “Godzilla vs. Kong.” It’ll be interesting to see if Stevens plays a new character or takes over for Skarsgård and whether or not any other performers will return from “Godzilla vs. Kong” or other parts of Legendary’s Monsterverse, which will soon include an Apple TV+ prestige series.

Since “Godzilla vs. Kong” overperformed at the box office last year (it was the first pandemic-era film that made more than $100 million at the domestic box office despite debuting simultaneously on HBO Max), Wingard has been courted for a number of projects, including but not limited to a “Face/Off” sequel for Paramount, an animated “ThunderCats” update for Warner Bros. and an adaptation of Robert Kirkman’s comic “Hardcore” for Universal. Also recently Wingard’s creative partner and “The Guest” screenwriter Simon Barrett said they had been discussingin earnest, a follow-up to their first Dan Stevens collaboration.

Clearly, “Godzilla vs. Kong” had the edge (or maybe the script was just in the best place) as production begins this summer in Australia. Hopefully more is revealed soon. 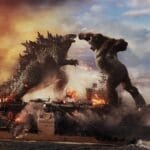