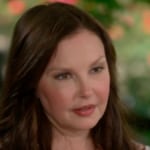 Greg Norman, the legendary pro golfer and CEO of the Saudi-backed PGA rival startup tournament series LIV Golf, on Wednesday brushed off questions about the 2018 murder of Washington Post columnist and US citizen Jamal Khashoggi, likening his murder to some kind of “mistake .”

“From what I heard and what you guys reported… just take ownership of what it is,” he told reporters at a press conference ahead of LIV Golf’s inaugural tournament next month near London, according to Golf Digest. “Take ownership no matter what it is. Look, we’ve all made mistakes, and you just want to learn from those mistakes and how you can correct them going forward.”

Pressed on whether he thought Khashoggi’s killing was some kind of “mistake,” he said: “I’m not going down this road, guys. Let’s just stay focused on golf. That’s all I’m going to do.”

LIV Golf is backed by the sovereign wealth fund of Saudi Arabia, and aims to get high-caliber players vying for its purses. PGA leaders this week warned their players that they will not get scheduling-conflict exemptions to compete in LIV Golf events, and could face expulsion if they defect to the new venture.

Norman wasn’t done dancing around tough questions that were not about golf. A reporter later asked whether he’d heard about the execution of 81 people in a single day at the hands of the Saudi government.

“I got a lot of messages, but quite honestly I look forward, I don’t look back,” was his reply. “I don’t look into the politics of things. I know the mission I have as CEO of LIV Golf and that’s how we can grow the game globally. I’m not going to get into the quagmire of whatever happens in someone else’s world. I heard about it and I just kept moving on.”

See also  Black Knight: Why Thor Hates The Next MCU Hero In The Comics

The Q&A did indeed move on, to the topic of Saudi Arabia’s treatment of the LGBTQ+ community. “I’m not sure whether I even have any gay friends, to be honest with you,” he said.