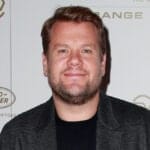 James Corden is returning to London, and he’s bringing “The Late Late Show” with him.

The late night host will broadcast four special episodes from Freemasons’ Hall in Central London next month. The episodes will air on CBS in the US from June 27 to 30. Episodes will also be available on Paramount+.

This marks the fourth time that “The Late Late Show” has been filmed from the UK, but the first time at Freemasons’ Hall. The London-based episodes promise Corden’s signature musical and comedy segments with “a British makeover.”

Guests and other creative elements of the episodes are expected to be announced closer to the air dates.

The news of Corden’s return to London comes just after he announced he will be exiting his hosting duties on the late-night talker when his contract ends in spring 2023.

Corden first took over “The Late Late Show” in 2015. During his time on the show, he helped set a new tone in late night by introducing a segment that became a viral sensation — “Carpool Karaoke.” Other digital shorts the show has done to great success include “Crosswalk The Musical,” where bands perform in between traffic lights.

Sky, which airs “The Late Late Show” in the UK, will broadcast the London-based episodes June 28 through July 1 on Sky Comedy and the streaming service NOW.