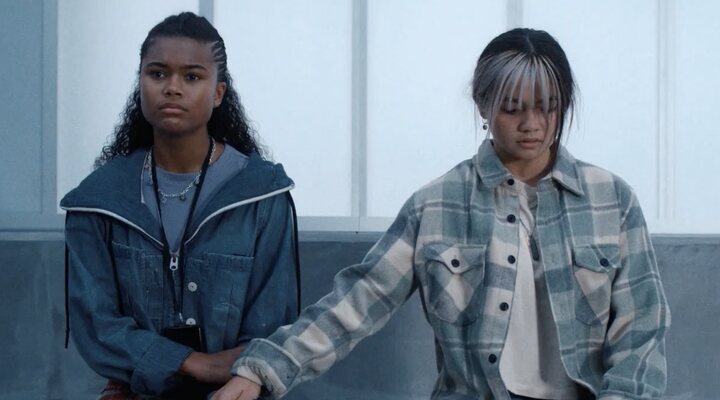 After announcing their cast a year ago and releasing the official posters last March, Netflix releases the first trailer for ‘Resident Evil’, the streaming platform’s new bet, completely separate from the Milla Jovovich films and the reboot that we saw at the end of last year. The series in real action will hit our screens on July 14.

in the trailer we can see the arrival of the Wesker family in New Raccoon City in 2022and we hear how the father (played by Lance Reddick) promises his daughters a bright future in New Raccoon City. “I think you will love living in this city”says the father’s voice in the background. The following images emphasize the development of the virus and the relationship between the sisters, which will play a fundamental role in Jada’s psychology. The time jump introduces us to a Jada (played by Ella Balinska) surrounded by infected and trying to survive 14 years later. that the T-virus caused the apocalypse. The frenetic final moments promise unbridled action, blood and plenty of terror as the plot moves between the two timelines.

Capcom’s famous survival horror video game saga has been adapted several times to the cinema thanks to its particular ‘Resident Evil’ saga. Now, the terrifying fiction makes the leap to the small screen thanks to Netflix. The series will have a total of eight one-hour episodes each.. It will be produced by Constantin Film and written by Andrew Dabb, screenwriter of ‘Supernatural’. The cast is led by Lance Reddick (‘John Wick’) as Albert Wesker, one of the main antagonists, and will be accompanied by Ella Balinska, Tamara Smart, Siena Agudong, Adeline Rudolph and Polo Núñez.

The new Netflix production, which will feature the director Bronwen Hughes (expert in these television zombies by directing episodes of ‘The Walking Dead’ or ‘Better Call Saul’) in the first two chapters, comes several months after the premiere of the reboot ‘Resident Evil: Welcome to Raccoon City’ and the animated film ‘Resident Evil: Infinite Darkness’, also on Netflix. The Capcom saga thus lives a second youth after drawing the attention of the entertainment giant and places us waiting to see if it creates a new saga, this time on television.