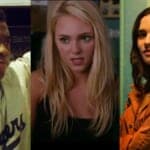 “Resident Evil” is back, and this time it’s heading to streaming. Netflix debuted the teaser trailer for its live-action series adaptation of the hit video game and film franchise on Thursday, revealing the first footage from the upcoming adaptation — and it’s jam-packed with all the “Resident Evil” hallmarks — the nefarious doings of the Umbrella Corporation, the spread of the T-Virus, blood-thirsty mutant animals and, of course, a whole lot of zombies.

After a glimpse at the false promise of Raccoon City’s 2022 utopia, the trailer jumps to post-zombie-outbreak London in 2036, delivering an action-packed (and blood-soaked) glimpse at the first live-action “Resident Evil” series. All eight episodes debut globally on Netflix on July 14.

No doubt, “Resident Evil” fans will be searching for Easter eggs in the new trailer – and while you’re at it, keep an eye out for a couple of hidden opportunities to hunt down more sneak peeks online. See what you can find in the teaser above.

Per the logline, the series follows Jade Wesker – daughter of familiar “Resident Evil” character Albert Wesker (played by Lance Reddick) – as she “fights for survival in a world overrun by the blood-thirsty infected and insane creatures. In this absolute carnage, Jade is haunted by her past de ella in New Raccoon City, by her father’s chilling connections to the Umbrella Corporation but mostly by what happened to her sister de ella, Billie.