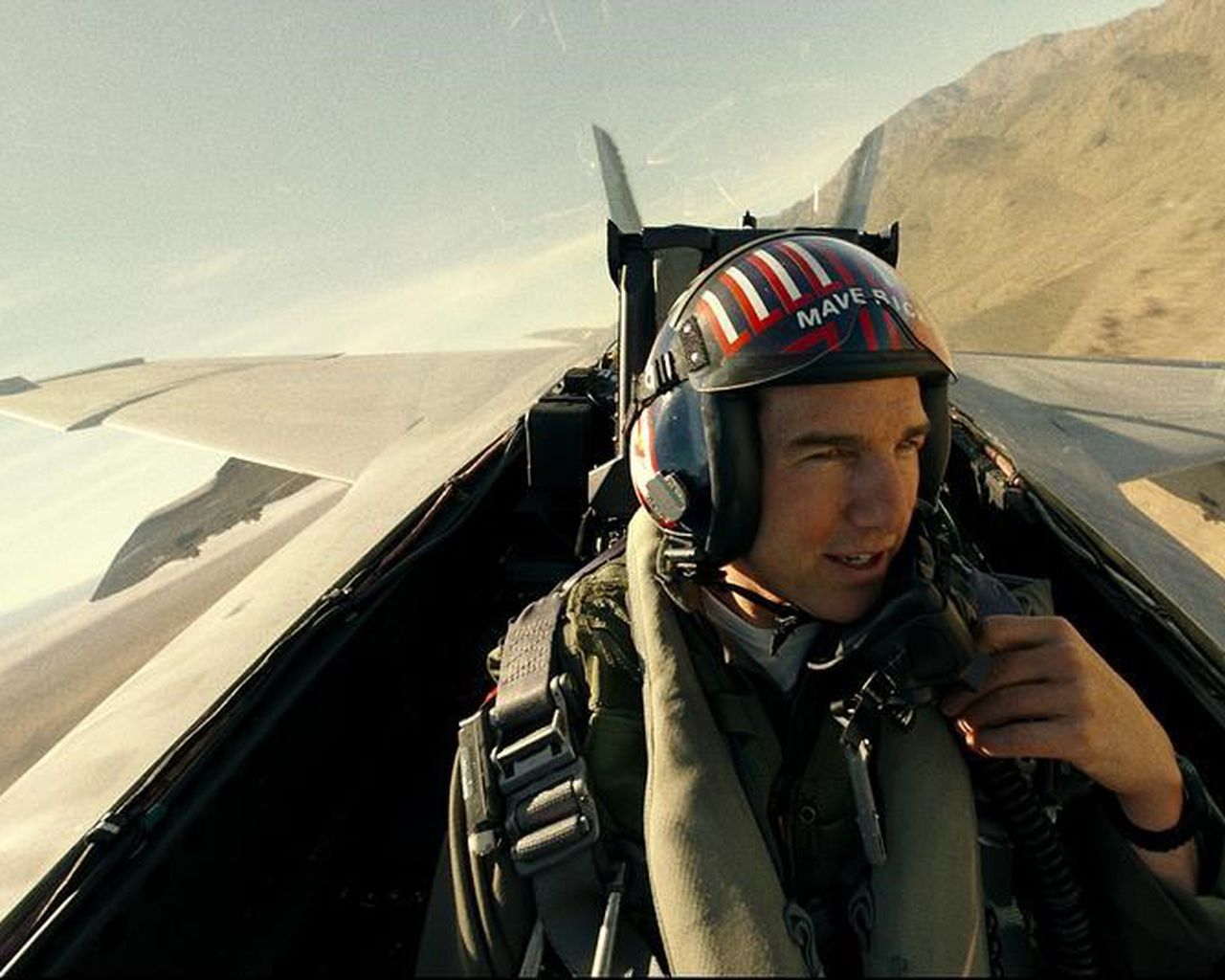 Early on in “Top Gun: Maverick,” Tom Cruise hops on his sleek motorcycle, wearing Aviator sunglasses and a leather jacket with patches, and speeds into a time machine. No, that’s not right. It’s actually us who take a trip back.

More than 30 years after Cruise smirked his way to the cocky heights of the ’80s as the maverick Navy pilot codenamed Maverick, he effortlessly picks up the character in a new chapter of “Top Gun” that is an absolutely, thoroughly enjoyable ride — a textbook example of how to make a sequel.

“Top Gun: Maverick” satisfies with one foot in the past by hitting all the touchstones of the first film — fast motorcycles, the song “Danger Zone,” military fetishisms, humorless Navy bosses, shirtless bonding sports, “the hard deck,” bar singalongs and buzzing the tower—and yet stands on its own. It’s not weighed down by its past like the last “Ghostbusters” sequel, but rather soars by using the second to answer and echo issues with the first.

Cruise is, of course, back, reprising his rebel test pilot now based in a forgotten corner of the Mojave Desert, a mere captain when he should be an admiral because he keeps bucking authority. The years have not calmed Maverick from his impulsive, hot-headed style of him. Pilots do, he argues; they don’t ruminate. “You think up there, you’re dead,” he states. This is Cruise at his most Cruise-iest, coiled, sure and arrogant, teeth gleaming in the sunshine.

His eleven-rival Iceman — Val Kilmer — is back, too, a huge Navy muckety-muck now. And even Goose is back, by way of his son of him, the similarly mustachioed Miles Teller, who is strikingly similar looking to Anthony Edwards, the actor who played Maverick’s doomed flight partner and wingman in life in the first film. That death looms large for Maverick even 30 years on: “Talk to me, Goose,” he’ll whisper to himself.

Some things have changed, of course. The F-14A Tomcats have been replaced by the F/A-18 and the all-male cocky pilots of the first film have been infiltrated by a few cocky women. Unfortunately, it seems these are the last days of envelope-pushing men and women in naval aviation; pilotless aircraft are more reliable and they’re next. “The future is coming and you’re not in it,” Maverick is told by Ed Harris, playing a humorless admiral.

But Maverick, on the edge of extinction, has one last job for the Navy: Train a group of young hotshots for a dangerous bombing mission in Iran. One potential snag: The young hotshots he must train include Goose’s son, call sign Rooster. Will Maverick be responsible for cooking another Goose? Can he outwit John Hamm, playing an imperious by-the-book officer with delicious calm fury?

Director Joseph Kosinski brings a visceral feel to the film, somehow making us feel claustrophobic in the wide open sky as pilots swoop and swerve. He wonderfully alternates between loud scenes outside with airplane engines roaring and quiet ones indoors of people almost whispering. He also switches from brilliant sun to dark interiors.

One welcome touch in the screenplay by Ehren Kruger, Eric Warren Singer and Christopher McQuarrie is a new love interest for Maverick. Jennifer Connelly plays a divorced bar owner who has a townhouse, a beach house, a sailboat and a Porsche, so business is good. But she’s also not a push-over for on-again-off-again Maverick and, in a key scene, she’s the comfortable pilot of a boat and he’s the clueless one.

This is a more thoughtful Maverick, more glorious. “Top Gun: Maverick” is in some ways a meditation on what happens to gifted rebels later in life. He is riven by guilt and in one scene he is picked up and unceremoniously tossed out of a bar by the very same hotshots that he was 30 years ago. Worst, he’s called “pops.” What is remarkable is that Cruise looks to have indeed found a way to thwart time. His chiseled body and still-boyish face of him are indistinguishable from the pilots three decades his junior of him during a football game on the beach.

The film handles Maverick’s personal stuff — wooing the barmaid, repairing his relationship with Goose’s kid — while also fulfilling its promise as an action movie. There are jets pulling 10Gs, the metal sound of cockpit sticks being pulled, epic dogfights and the whine of machinery balking at the demands put on it. The action even takes a few unexpected and thrilling turns. So jump on Maverick’s bike, hug him tight and join him on the highway to the danger zone.

“Top Gun: Maverick,” a Paramount Pictures release that hits theaters May 27, is rated PG-13 for “sequences of intense action and some strong language.” Running time: 131 minutes. Three and a half stars out of four.

MPAA Definition of PG-13: Parents strongly cautioned. Some material may be inappropriate for children under 13.

Mark Kennedy is at http://twitter.com/KennedyTwits