Selma Blair: “I don’t know if I would have survived childhood without alcoholism” 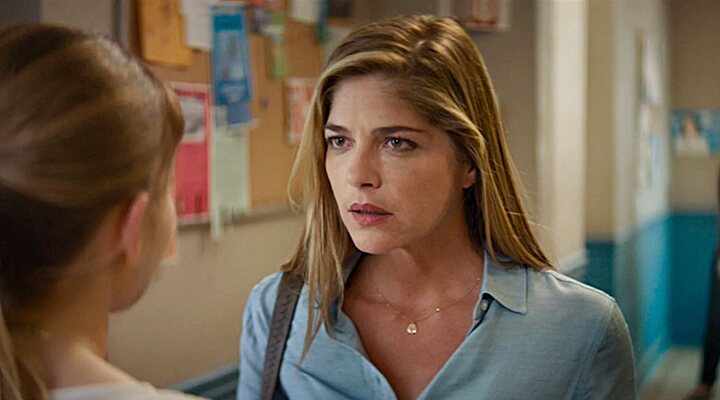 Selma Blair, actress of ‘Legally Blonde’ and ‘Cruel Intentions’, has written her memoirs under the name ‘Mean Baby: A Memoir of Growing Up’. In them, delves into his addiction to alcohol, his multiple sclerosis, the multiple sexual abuses he suffered and other experiences about his young and adult life. The title refers to the fact that when Blair was just a baby, the older kids in the neighborhood would come over to her house to meet her and leave complaining about how mean she was to them. “My mother always laughs when I retell the story of how the older kids in the neighborhood ran from our house (…) ‘The Beirners have a bad baby.’ They wanted to come back.”

In the book, Blair opens up completely about her alcoholism, which started when she was just 7 years old. “I don’t know if I would have survived childhood without alcoholism”says the actress (via People). “I always liked Passover. When I took small sips of the Manischewitz that I was allowed during the seder, a light washed over me, filling me with God’s warmth. But the year I turned 7, when we basically had Manischewitz on tap and no one was lending attention to my level of consumption, I understood: the feeling was not of God but fermentation. one here'”is sincere Blair, who says that that night he drank so much that the next day he did not remember anything.

The actress continues to recount her experiences with alcohol as she grew older. When she was a teenager, Blair says she was raped “multiple times”highlighting one time in which she was violently assaulted after a long drunken spree. “I’ve been raped, multiple times, because I was too drunk to say the words ‘Please. Stop.’ Only that time she was violent. I left every event quiet and embarrassed.”

Stories that give chills

The ‘Hellboy’ actress narrates how one of the people she admired abused her, betraying her trust and causing her a painful trauma why “never more” felt again “safe”. Blair went to say goodbye to one of the deans of the center where she studied just before the Christmas holidays, but she left completely devastated. “We hugged (…) his hand went to the small of my back, tracing the space just above my tailbone. His lips were on my mouth. Please, I thought. Please don’t put your hand in my pants, my dress code-approved Ralph Lauren khakis that I had neatly tucked my plaid shirt into. You’re a grown-up and I love you, please don’t put your hand in my pants. But he did. It was a simple thing. He didn’t rape me. He didn’t threaten me. But he broke me. Nothing happened again, but I never felt safe again.”