The CW Picks Up ‘The Winchesters,’ ‘Walker: Independence’ and ‘Gotham Knights’ to Series 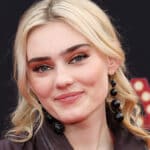 In a move that should come as no surprise, The CW has picked up shows from “Supernatural” alums Jensen Ackles and Jared Padalecki, in executive producer roles, and Arrowverse boss Greg Berlanti.

For those who’ve been waiting to hear, “The Winchesters” (Ackles), “Walker” prequel “Walker: Independence” (Padalecki) and “Gotham Knights” have been picked up to series for the 2022-2023 broadcast season.

Here’s a logline for “The Winchesters”: Before Sam and Dean, there was John and Mary. Told from the perspective of narrator Dean Winchester (Ackles), “The Winchesters” is the epic, untold love story of how John met Mary and how they put it all on the line to not only save their love, but the entire world.

Executive producers on the show are Jensen Ackles and Danneel Ackles (via Chaos Machine and WBTV deal). The show is produced by Chaos Machine Productions in association with Warner Bros. Television and CBS Studios. Glen Winter directed the pilot and is an EP of that episode.

“Walker: Independence,” is described as an origin story set in the late 1800s. It follows Abby Walker, an affluent Bostonian whose husband is murdered before her eyes de ella while on their journey out West. On her quest for revenge, Abby crosses paths with Hoyt Rawlins, a lovable rogue in search of purpose. Abby and Hoyt’s journey takes them to Independence, Texas, where they encounter diverse, eclectic residents running from their own troubled pasts and chasing their dreams. Our newfound family will struggle with the changing world around them, while becoming agents of change themselves in a town where nothing is what it seems.

Here’s the logline for “Gotham Knights”: “In the wake of Bruce Wayne’s murder, his rebellious adopted son (Oscar Morgan) forges an unlikely alliance with the children of Batman’s enemies when they are all framed for killing the Caped Crusader. And as the city’s most wanted criminals, this renegade band of misfits must fight to clear their names. But in a Gotham with no Dark Knight to protect it, the city descends into the most dangerous it’s ever been. However, hope comes from the most unexpected of places as this team of mismatched fugitives will become its next generation of saviors known as the Gotham Knights.”

Chad Fiveash and James Stoteraux are writers and executive producers. Former EW writer Natalie Abrams (“Batwoman”) is a writer and co-EP. Danny Cannon directed the pilot and is an EP for that episode. Other EPs are Greg Berlanti, Sarah Schechter, David Madden. The show is from Berlanti Productions in Association with Warner Bros. Television. 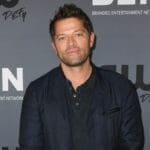 Returning shows to The CW include “All American: Homecoming,” “All American,” “The Flash,” “Kung Fu,” Nancy Drew,” “Riverdale,” “Superman & Lois” and “Walker.”