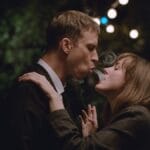 It’s a fraught moment when children make the connection that pain is something to avoid feeling, but might also be useful to inflict, especially when adults aren’t around. That’s one of the many shrewd observations underscoring “The Innocents,” Eskil Vogt’s unsettling tale of a cruel summer for a quartet of kids who become friends over their discovery of mysterious powers.

It’s certainly daring of the Norwegian writer-director, a recent Oscar nominee for co-scripting Joachim Trier’s “The Worst Person in the World,” to give his slow-burning, supernatural chiller the same title as Jack Clayton’s 1961 adaptation of “The Turn of the Screw,” one of the all-time great horror movies featuring creepy little ones.

But Vogt, with his second feature, has crafted a disturbing and original heart-pounder all his own, uncommonly attuned to the perspective of unsocialized prepubescents: how their feelings work, what their minds process, and why their worst moments may bring catharsis to them. , but can look terrifyingly wrong to us.

A tiny window into the moral universe of someone immature is our introduction to freckled Ida (Rakel Lenora Fløttum), strapped into the backseat of a car on the way to her new home. When her mother de ella (Ellen Dorrit Pedersen) in the front of her is n’t looking, she hard-pinches the leg of her non-verbal, autistic older sister Anna (Alva Brynsmo Ramstad). But it’s like a bad-behavior freebie — Anna doesn’t appear to feel it, and for Ida it releases some of the resentment she feels, not only toward the sibling always getting the attention and making her feel ignored but also toward the parents, forcing her to start all over again making friends. It’s the summer holiday, too, so the forest-ringed multi-story apartment complex they’ve moved to feels especially empty and isolating.

Exploring the grounds — the soullessness of the buildings and the green of the surrounding woods, like some fractured fairytale setting — Ida meets Ben (Sam Ashraf), a fellow casualty to frequent relocating and a blunt personality ready to show off that he can make small objects move with his mind. Their attachment is quick; the first time Ida bursts out smiling at one of Ben’s tricks from her, our relief at her mood change from her nearly overshadows that we also saw physics defied. (Which is a nifty indication of where Vogt’s lie priorities.) 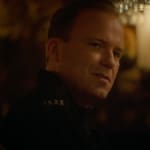 Their bond is also fueled, though, by a shared taste for viciousness; no matter your tolerance for onscreen violence, what happens to a wandering cat is not for the squeamish. Yet it’s also when we first see in Ida’s face a quandary about this friendship, a weighing of things. Fløttum’s performance is truly astonishing for someone so young.

Meanwhile, another connection is being made, between Aisha (Mina Yasmin Bremseth Asheim) — an only child who, like Ben, lives with a single mom — and Ida’s sister Anna. Aisha and Anna seem to “meet” telepathically before they meet in person at the swing set, and when Ida sees them playing calmly together, it’s her first inkling of her that there’s more to her sister than she’s grasped.

When this foursome of new companions comes together, the realization that three of them have strange abilities naturally emboldens their playtime, pushing them to keep testing what they can do. It also introduces the rollercoaster of social dynamics and consequences, and the potential for insult and injury to be answered by a much darker subconscious force, one with a reach beyond the playground and the solitude of their home circumstances.

The serenely eerie power of “The Innocents” hinges on this gathering dread and on the fact that Vogt, who is bracingly non-judgmental about the inner and outer lives of his grade-school-age characters, is clearly unafraid of taking his narrative to places most horror films won’t go. Then again, most genre scenarios mixing children and malevolence aren’t dedicated to a sensitivity about kids in the first place. (“Let the Right One In” is arguably the last great one.)

In Vogt’s thoughtful handling, one child’s road to empathy is as suspenseful a storyline as another’s disintegration, and another’s nascent heroism. It’s what sets apart his portrait of unnerving disenchantment from your run-of-the-mill bad-seed scare flick. Though Anna’s autism is unfortunately used as a device, in the context of Vogt’s wade into the superhuman, and his humane treatment of each child’s domestic situation (the parents are all believably sketched), that’s a minor quibble. Ramstad’s performance, too, is vivid without being affected.

“The Innocents” is altogether an impressive hair-raiser, even as its vibe suggests a quiet coming-of-age drama, albeit one laced with terror and tragedy. With Sturla Brandth Grøvlen’s coolly realistic widescreen cinematography in sync with the blend of intimacy and wide shots that Vogt uses to anchor his fantastic child actors to their surroundings, “The Innocents” is that rare movie that feels somehow both loose and as tight as a vise. . Not unlike childhood, come to think of it, when the world can seem new, open, strange, and cool — as long as your corner of it feels safe.

“The Innocents” opens in US theaters and on demand May 13.