The MCU Multiverse Explained: All Your Questions Answered 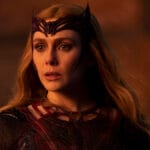 With the release of “Doctor Strange in the Multiverse of Madness,” the Marvel Cinematic Universe is now formally and wholeheartedly embracing the multiverse on the big screen. The story of the film finds Strange (Benedict Cumberbatch) and a young superpowered girl named America Chavez (Xochitl Gomez) traveling around the multiverse, encountering alternate versions of Strange and other Marvel Comics characters.

If that paragraph made your head hurt, don’t worry. the multiverse sounds complicated but it’s actually pretty straightforward, and it’s clear that in the MCU movies ahead, the multiverse is going to continue to be a very big deal. So below, we’ve answered every question you have about the multiverse so you’ll be primed and ready to understand this and every other chapter in the MCU.

What is the multiverse?

The multiverse is, simply, the idea that other universes aside from ours exist. It’s a real, hypothetical area of ​​study dating back centuries, and it’s been embraced in plenty of works of fiction – including Marvel Comics.

For the Marvel Cinematic Universe, the multiverse means that there are alternate versions of the characters we know and love existing in other universes. Specifically in “Doctor Strange in the Multiverse of Madness,” Strange encounters a universe in which Doctor Strange died during the battle against Thanos and a version of Wanda Maximoff (Elizabeth Olsen) who’s living a domesticated life with her two young sons of her. There is also, of course, an evil version of Doctor Strange in one of these universes – dubbed “Sinister Strange.”

Why are we only learning about this now?

The idea of ​​the multiverse was first a significant plot point in the 2019 film “Spider-Man: Far From Home,” in which Jake Gyllenhaal’s character Mysterio claimed to be from a different universe, thrust into the main MCU after Thanos’ big snap. As it turned out, Mysterio was lying – he was, in actuality, a disgruntled former employee of Tony Stark and not from an alternate universe. But the film introduced the idea that the multiverse exists, and characters from outside the main MCU universe could potentially cross over into our world.

So what’s the “main” universe in the MCU?

The story that the MCU has been telling all this time takes place on what is known as Earth-616, a designation given to our timeline in the comics and uttered aloud by Christine (Rachel McAdams) in “Multiverse of Madness.” Up through “Black Widow,” all of the events that unfolded onscreen took place on Earth-616.

It was actually in the Disney+ series “Loki” where the idea of ​​alternate timelines was first explored in detail, as Tom Hiddleston’s Loki was captured by the TVA (Time Variance Authority) which maintained the “prime timeline” and ensured that beings kept to their respective universes. At the end of the first season of “Loki” – spoiler alert – Loki and Sylvie (a Loki variant played by Sophia Di Martino) confront a character called He Who Remains (played by Jonathan Majors) who has been overseeing this pristine timeline. He tells them that if they kill him, the multiverse will be unleashed and the timeline will be unfurl. As you may have predicted by now, Sylvie did kill him, and the multiverse was unleashed.

The next major multiversal event was seen in “Spider-Man: No Way Home,” which saw Tobey Maguire’s Spider-Man and Andrew Garfield’s Spider-Man brought out of their own universes into Earth-616 to fight alongside Tom Holland’s Spider-Man — a direct result of Sylvie killing He Who Remains.

Are “Venom” and “Morbius” part of the MCU?

No, and the multiverse explains why. The “story” reason is that the events of “Venom,” “Venom: Let There Be Carnage” and “Morbius” all take place in their own universe, which is not set on Earth-616.

See also  The Batman gets a brutal new official synopsis

The business reason is that unlike the Tom Holland “Spider-Man” movies, these films are produced by Sony Pictures without any creative oversight by Marvel Studios, the studio that oversees the MCU under president Kevin Feige. And Feige/Disney don’t necessarily want Sony fiddling around with MCU continuity without any of their oversight. So now, with the multiverse introduced, there’s an in-universe reason why Tom Hardy’s Venom isn’t rubbing elbows with Tom Holland’s Spider-Man in “No Way Home.” 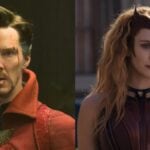 There is a bounty of stories that can be told involving the multiverse, and a few we know for sure. “Loki” is returning for Season 2 on Disney+, and that show ended with Hiddleston’s character having been transported to a different universe. There’s also a “Fantastic Four” movie in the works, and given that Reed Richards cameo in “Doctor Strange 2,” that film may or may not take place on Earth-616.

This also gives Sony room to continue making its own Marvel movies without official MCU crossovers, while explaining them away as taking place in “a different universe.” Aaron Taylor-Johnson is playing Kraven the Hunter in his own movie and Dakota Johnson is leading a Madame Web film, both of which will be “Venom”-esque in their MCU detachment.

Basically, the door is wide open, and it’s clear the multiverse is the next “big story” that Marvel is telling after the Infinity Stones arc concluded with “Avengers: Endgame.” 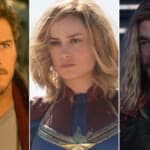