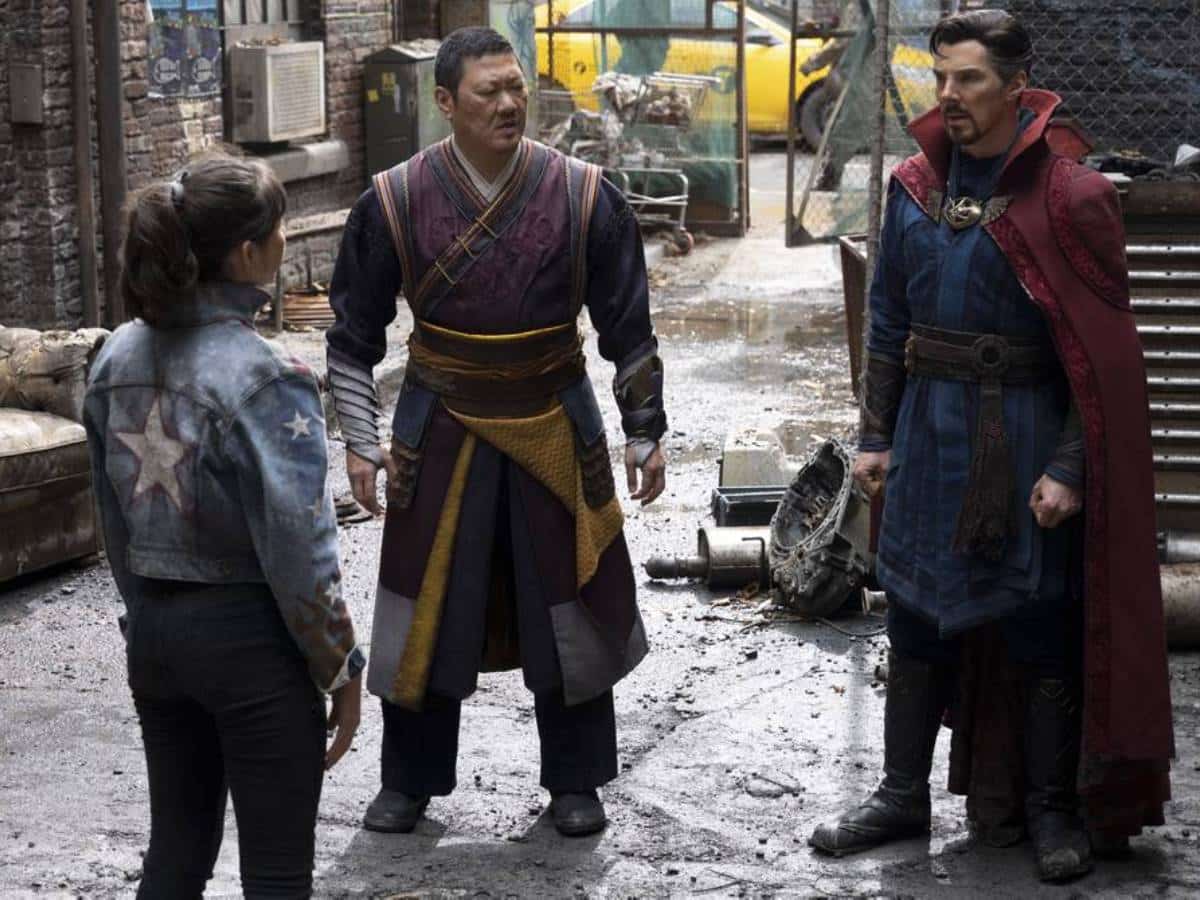 Benedict Wong talks about the possibility of playing a spin-off of the Sorcerer Supreme before the events of Avengers: Endgame.

Variety has spoken with one of the protagonists of Doctor Strange in the Multiverse of Madness. More specifically, with Benedict Wong. The actor has explained the possibility of starring in a spin-off of his character in Marvel Studios. He admitted to being flattered by the idea and joked that he would love to see what happened to the current Sorcerer Supreme for five years after the snap of Thanos. That is, after Avengers: Infinity War and before that Avengers: Endgame.

“I’ve been asked this a million times. I could have gotten them to sign the petition,” Benedict Wong joked about his Marvel Studios spinoff. “I am very flattered every time I am asked and there are certain answers to certain questions that we may need to answer. We didn’t see him for five years, before Avengers: Endgame. So we can fill in some stories there. Let’s wait and see what Marvel Studios does next.”

Wong also recalled the initial conversations about his character’s arc within the Marvel Cinematic Universe. He noted that he wasn’t too keen on adapting the source material from the comics, but Kevin Feig Y Stephen Broussard they thought like him. So we had the character that we have seen in all these movies, including Avengers: Endgame.

The evolution of the character in all these years

“When I first embarked on the role, we looked at the source material and concluded that it needed an update,” said Benedict Wong. “I remember my appearance in the trailer and I was looking forward to meeting Kevin Feige and Stephen Broussard. He wasn’t determined to do what was in the comics. Fortunately, they didn’t want to either.”

This led them to develop a specific character in Doctor Strange (2016), who has gone from film to film until reaching Avengers: Endgame become the Sorcerer Supreme of Kamar Taj. Benedict Wong discovered this during a phone call with sam raimiwho considered it obvious to put him in this position.

“We created this generic librarian with touches of Roy Keane,” Wong explained, referring to the former World Cup player. Man Utd. “This character has progressed now. I found out when Sam Raimi called me and told me about the story. ‘Of course you’re going to be the Sorcerer Supreme,’ he told me. It’s great what they’ve done with the character and how he now stands up and faces Doctor Strange himself.”