After ‘Jurassic World: Dominion’, Chris Pratt compares the future of the saga with Marvel 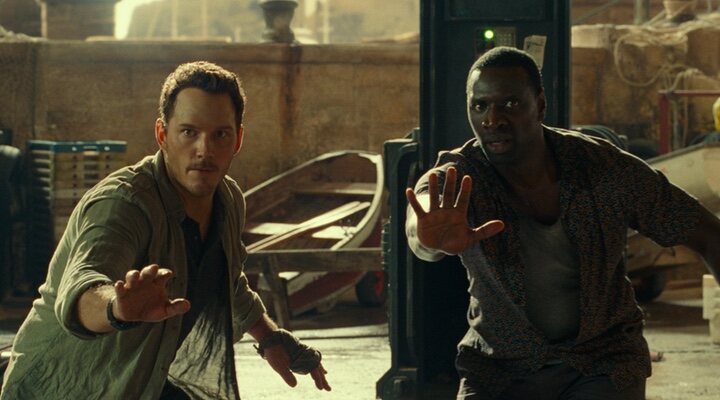 ‘Jurassic World: Dominion’ “It is the sixth Jurassic film and the end of this franchise”Chris Pratt recently said so emphatically that now he has had to clarify that, although the aforementioned film directed by Colin Trevorrow marks the end of an era, far from it means that the jurassic universe ends with her.

Before that ominous feeling that Pratt transmitted talking about the end of the franchise, comic book has asked the actor to complete those statements, an opportunity that this star of the saga has taken advantage of to stress that ‘Jurassic World’ could follow in the footsteps of the Marvel Cinematic Universe, and start a new phase at the close of the most recent trilogy. Once the veterans’ journey is over with the return of Sam Neill, Laura Dern and Jeff Goldblum, it’s time to say goodbye to their stage, what it would mean for Pratt to face a blank page.

“I mean, I guess you probably… possibly? You’d want to leave it open. Look… There isn’t much to compare it to. I think maybe ‘Avengers: Infinity War’ and ‘Endgame’ could be a similar example because they are the culmination of 10 years, 20, whatever they were; and each of his characters, who had their own stories, their own trilogies, come together and you think, ‘how crazy!’ This is perceived in the same way“.

“You have the ‘Jurassic Park’ trilogy, and you have the ‘Jurassic World’ trilogy, and this is the big epic conclusion to both of them. Now, after ‘Endgame,’ Marvel has continued to make movies, but that feels like a phase. it’s over It’s gone into a new phase, you know? And of course Marvel continues to do great things. I think Jurassic will also continue to tell great stories“.

Pratt, as the protagonist, speaks assuming a Jurassic future after ‘Jurassic World: Dominion’, something that Frank Marshall does not have to do. And it is that this executive producer of ‘Jurassic World 3’ and its predecessors, is part of the creative team that will work on the future of the sagaone for which he sees those coming “great stories” What does Pratt expect to see?

“‘Dominion’ is going to close this trilogy, but we’re not going to rest on our laurels. We’re going to sit down and see what the future holds.” [de la saga]. Obviously we want to make good movies with great stories and great writers and directors. We are definitely looking to do more [películas y/o series] set in the world of ‘Jurassic’“he said recently.

* ‘Jurassic World: Dominion’ will mark the end of an era, only in theaters June 10.