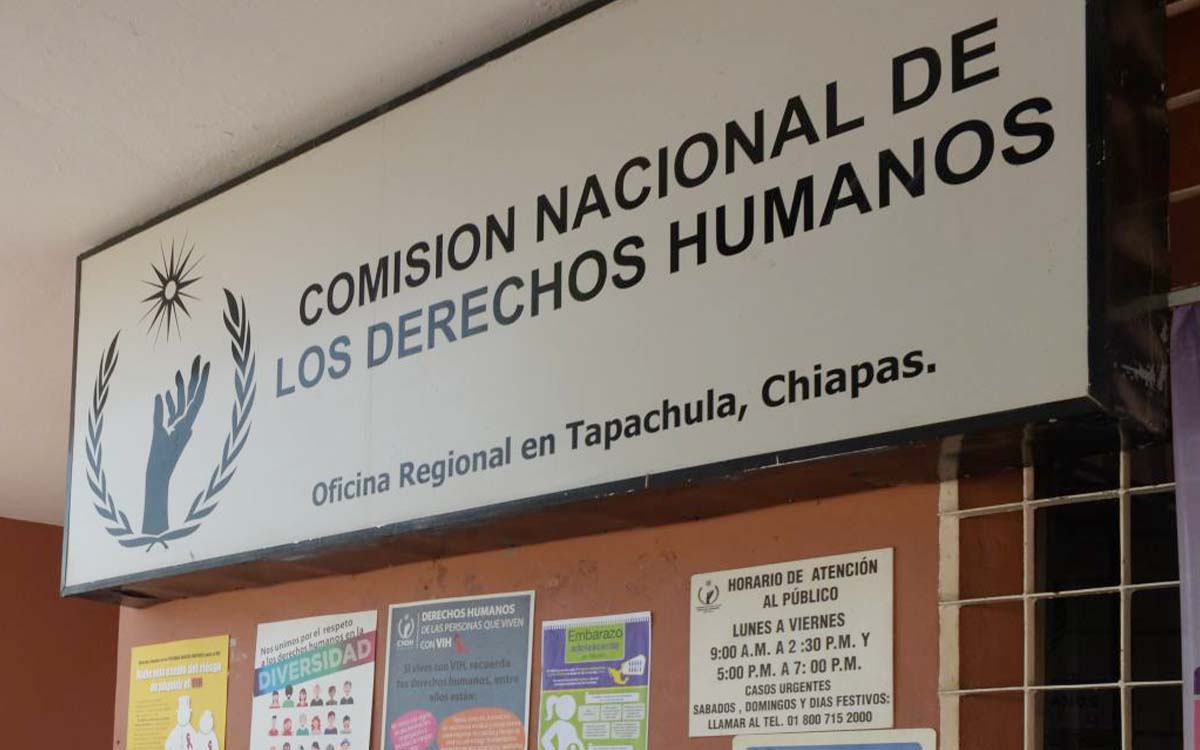 The National Human Rights Commission (CNDH) issued a recommendation by forced disappearance of three Colombians and the arbitrary execution of one more of the same nationality in 2017, in Quintana Roo.

The Recommendation 56VG/2022 It is addressed to the head of the Attorney General’s Office (FGR), Alejandro Gertz Manero; the head of the National Commission for the Search for Persons (CNB), Karla Quintana Osuna; the attorney general of the state of Quintana Roo, Óscar Montes de Oca Rosales, and the municipal president of Benito Juárez, Quintana Roo, María Elena Hermelinda Lezama Espinosa.

The CNDH denounced that violated the human rights to recognition of legal personality, life, personal integrity and liberty, for the forced disappearance of the four victims; to life for the arbitrary execution of one of them, as well as access to justicein its modality of procurement of justice to the detriment of the families of the victims.

On December 18, 2017, four people were arrested by elements of the Municipal Secretariat of Public Safety and Traffic in the town of Cancún, in the municipality of Benito Juárez, Quintana Roo. The functionaries They demanded sums of money from their relatives to free them, who delivered the agreed amount.

On December 21 of that same year, the body of a victim was found lifeless, while the others were not released, and their whereabouts are unknown to this date.

According to the CNDH, the staff of the Secretariat has refused to accept the detention and concealment of the victims. He denounced that public servants They carried out lack of security and denied human rights of the victims. Besides, The State Attorney General’s Office (FGE) omitted actions in the investigation.

See also  Zero net emissions by 2050 as a priority goal

Therefore, the CNDH requested that prosecutor Gertz Manero, in coordination with the National Search Commission and the Executive Commission for Attention to Victims (CEAV), damages are repaired, including a “fair and sufficient” compensation due to the “irregular integration of the investigation portfolio”.

Also, that it register those affected in the National Registry of Victims and provide them with medical and psychological care.

In addition, the recommendation should be taken into account in the investigation of the case and include the geolocation data of the telephone lines, in order to find the victims.

To National Commissioner for the Search of Persons It was recommended that, in coordination with the FGR and the CEAV, comprehensive reparation be provided and collaborate with the follow-up of the complaint before the Internal Control Body in the Ministry of the Interior. In addition, that a prospecting plan be drawn up so that the search for the victims can proceed.

To the head of the FGE of Quintana Roo and the municipal president of Benito Juárez they were asked, in coordination with the Executive Commission for Attention to Victims of Quintana Roo (CEAVE-QROO), to repair the damage and collaborate in processing the criminal complaint before the Vice Prosecutor’s Office for Internal Affairs of the Attorney General’s Office of the Condition.

Besides, a public apology should be offered to relatives direct victims, which must be granted by a high-level public servant.

According to the report made by the UN Committee against Enforced Disappearances after its visit to Mexico, hThere are more than 95 thousand disappeared people in the country; 8 thousand new cases each year in the last five years.

Until November of last year, only between 2% and 6% of cases had resulted in criminal proceedings, and only 36 convictions had been handed down in cases nationwide.