Complainant was ‘distraught’ after encounter with Hoggard, friends tell trial 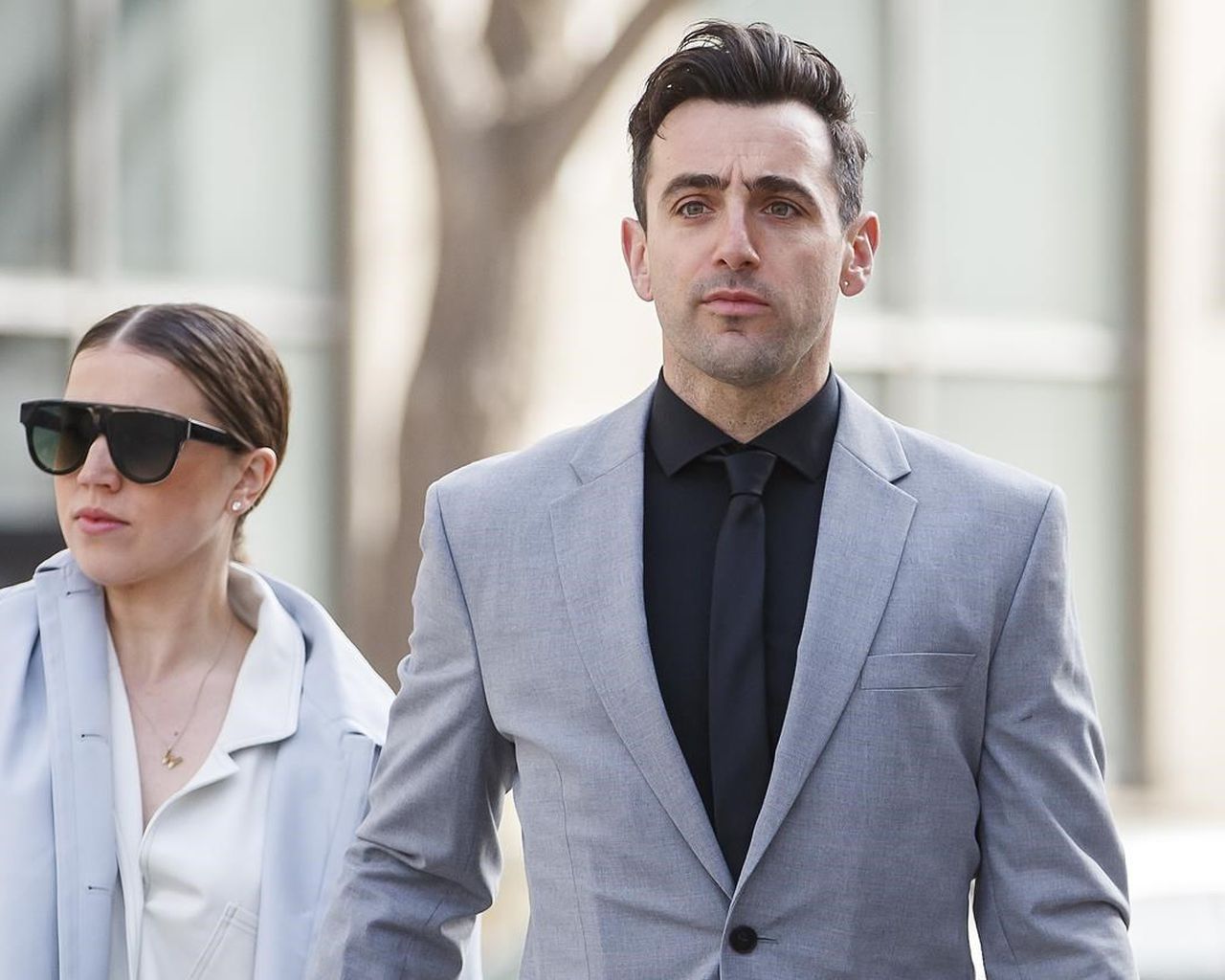 TORONTO – An Ottawa woman who alleges she was violently raped by Jacob Hoggard appeared “distraught” and not like herself after going to meet the singer in Toronto, her friends testified Friday.

Three friends of the complainant, including siblings who were her roommates at the time, were asked to describe the woman’s demeanour after the Nov. 22, 2016, encounter.

Her close friend recalled that the complainant called her from a Tim Hortons while she was still in Toronto and laid out what had happened, sounding “quite distraught, very upset.”

The friend went over to the complainant’s home the next day and was taken back when she first saw her, she said.

“It was very bad,” the friend said, crying on the stand. “I did not recognize the person… She was very different than her when she had left. It was hard to see.”

The complainant’s female roommate, who joined them that evening, said she also immediately realized “something was not right.” The complainant was “distraught, not herself,” she said.

“Her demeanour was completely off, it looked like she had been crying… she looked physically unwell” and could barely sit down, the roommate said.

Both women said the complainant was limping and seemed to be in pain. The roommate also saw significant bruising on the complainant’s pelvic region and legs, she told the court.

Meanwhile, the complainant’s male roommate testified he overheard the three women talking that night and “could hear crying.” But he didn’t speak to the complainant until a few days later, he said. She seemed calm at first but grew distraught as she spoke, he said, adding there was “heavy crying.”

See also  KUWTK: All the reasons Kourtney should quit Poosh

In the days and weeks that followed, the complainant cried in bed “quite often,” which was not a normal occurrence before then, he said.

Prosecutors allege Hoggard, the frontman for the band Hedley, violently raped two women in separate encounters in the fall of 2016. Neither of the complainants can be identified under a publication ban, nor can their friends and relatives.

Hoggard has pleaded not guilty to two counts of sexual assault causing bodily harm and one of sexual interference, a charge that refers to the sexual touching of a person under 16.

An agreed statement of facts says Hoggard had a sexual encounter with each complainant on separate occasions in the fall of 2016.

During cross-examination Friday, defense lawyers suggested the close friend hadn’t observed any injuries to the complainant and was simply repeating what the complainant had told her about being in pain.

They also noted that in her statement to police, the friend said the complainant seemed confused and embarrassed in the initial call from Tim Hortons, and seemed to have “mixed emotions.”

“She knew something wrong had happened,” the friend said.

Earlier Friday, Ontario Superior Court Justice Gillian Roberts acknowledged the Ottawa complainant had, earlier this week, been mistakenly cross-examined on a video clip from a CBC interview that was not, in fact, of her. She instructed jurors to ignore the evidence related to that clip, which involved comments about recovering from surgery.

The defense also finished its questioning of the Ottawa complainant on Friday, pressing her on messages she exchanged with Hoggard before and after their encounter at a hotel.

The two of them discussed some of the things they planned to do at the hotel in the lead-up to the encounter, defense lawyer Megan Savard suggested, and the complainant agreed. The complainant also agreed it was a “purely sexual, almost transactional conversation,” and that she saw her relationship with Hoggard as something more akin to a one-night stand than a budding romance.

Under re-examination from the Crown, the complainant said she texted Hoggard he had made her uncomfortable because he had raped her. She told the court she minimized the situation in the other messages, because she often would “make light” of difficult situations in order to move on.

Those texts didn’t reflect her true feelings, she said, adding she regrets sending them.

The complainant also explained why she didn’t leave the hotel when Hoggard was in the shower – something she was questioned on by the defense earlier this week.

She said she was too “terrified” to leave during the incident.

“It’s very difficult to think rationally, to make rational decisions. If I could go back I would’ve called someone,” she said.

The complainant testified earlier this week that she came across Hoggard on the dating app Tinder in November 2016 and, later that month, agreed to meet him in Toronto, where they planned to have sex.

She said once she joined him at a hotel, Hoggard raped her anally, vaginally and orally, and at one point choked her hard enough she thought she might die.

Defense lawyers have suggested she was injured during consensual sex and made up rape allegations after Hoggard lost interest in her.

The other complainant, who was 16 at the time, has testified Hoggard raped her vaginally and orally, and attempted to do so anally, in September 2016.

This report by The Canadian Press was first published on May 13, 2022.