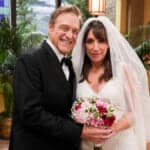 FX has set the premiere dates for its summer slate of eight new and returning series, which will all bow on FX, FXX or Hulu before Labor Day.

Among them, the second installment of Ryan Murphy’s “American Horror Stories, which will premiere Thursday, July 21, exclusively on Hulu; and “Welcome to Wrexham,” a docuseries that follows Ryan Reynolds and Rob McElhenney as they take ownership of the third-oldest professional football club in the world as they try to turn the struggling Welsh team around. It premieres on Wednesday, August 24, on FX.

“The Old Man,” starring Jeff Bridges as a CIA agent forced out of retirement, premieres with its first two episodes Thursday, June 16, at 10 pm ET/PT.

All eight episodes of new comedy “The Bear,” starring Jeremy Allen White as a fine-dining chef who comes home to run his family sandwich shop in Chicago after a death in the family, will begin streaming on Thursday, June 23, on Hulu .

“What We Do in the Shadows” returns for its fourth season with two episodes on Tuesday, July 12, at 10 pm ET/PT on FX.

All of the series will be available to stream on Hulu and will be coming soon to Star+ in Latin America and Disney+ under the Star banner in all other territories.

See also  Attack On Titan: 5 Things Reiner Can Do That Bertholdt Can't (And Vice Versa)