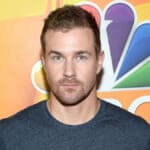 On Thursday, the cast and crew of the show celebrated filming episode 15,000.

That particular episode of the show will air on Friday, June 17.

Here’s the logline: “The town of Port Charles comes together when an unknown political force takes aim at beloved Mayor Laura Collins (Genie Francis),” per ABC.

“General Hospital” first made its debut in 1963.

Over the years, its seen the likes of John Stamos, Demi Moore, Rick Springfield and even Elizabeth Taylor visit Port Charles, the fictional town where the show is set.

admin
See also  Avengers: the MCU's next big threat is deadlier than Thanos