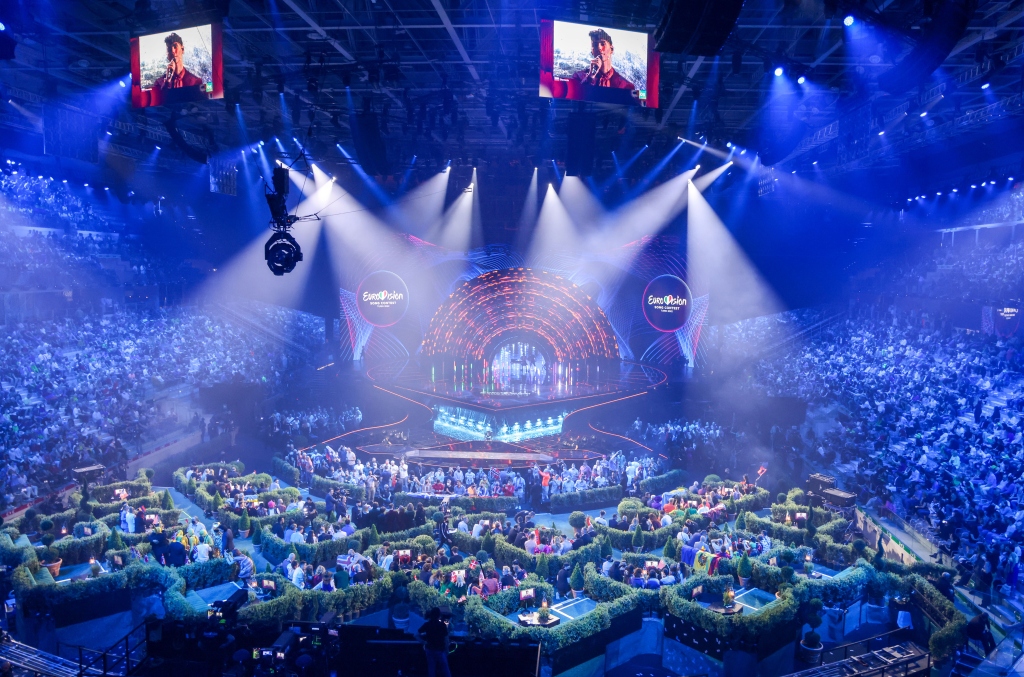 Sweden and Poland, both among the favorites to win this year’s Eurovision Song Contest, joined eight other countries advancing to the Grand Final on Saturday (May 14) in Turin, Italy.

Also moving on after the second semi-final on Thursday were Finland, Serbia, Azerbaijan, Australia, Estonia, Romania, Belgium and the Czech Republic.

The latest reports from the bookmakers who take bets on who will win Eurovision each year shows that Ukraine has a 57% chance of victory, followed by the United Kingdom with an 11% chance, based on averaging the odds from 13 different companies.

That portends a high showing for Sam Ryder‘s “Space Man,” which would be a reversal of fortune for the UK, which placed last in 2021 with zero points. The UK has not had a top-10 entry since 2009, when Jade Ewen’s “It’s My Time,” written by Sir Andrew Lloyd Webber and Diane Warren, finished fifth. The UK hasn’t won since 1997, when Katrina & the Waves triumphed with “Love Shine A Light.”

If Ukraine wins on Saturday, as expected, it will be the country’s third championship, following Ruslana‘s “Wild Dances” in 2004 and Jamala’s “1944” in 2016.

The “big five” countries — Spain, Italy, Germany, France and the UK — did not perform in the semi-finals. Because they contribute the most to the production budget they do not have to qualify and are always represented in the contest.

Thursday’s 10 new additions range from deeply personal and intimate songs to straight-ahead rock and country-tinged pop. Finland kicked off Thursday’s semi-final with a rock performance by The Rasmus, a veteran Finnish band that formed in 1994 when the members were in the eighth grade. They had four consecutive No. 1 albums on the Finnish charts and five No. 1 singles. Their Eurovision entry, “Jezebel,” co-written and produced by Desmond Child, peaked this year at No. 4.

Australia’s Sheldon Riley, diagnosed at age six with Asperger syndrome, struggled with his sexual identity growing up until he came out as gay. He told Australia’s SBS Radio that feeling set apart from other children made “growing up a little bit harder.” That was the inspiration for his very personal Eurovision entry, “Not the Same.”

Following the broadcast, Riley was asked by journalists about the status of LGBTQ+ rights in Australia. “There is still a lot to be done, but I am happy for the strides that are being made,” he said.

Representing Estonia is Stephan, the son of Armenian immigrants, who has been releasing music since 2017. In 2020, he won the first season of the Estonian version of The Masked Singer. An avowed fan of Johnny Cash and the late film composer Ennio Morricone, his entry “Hope” starts off as a country song and grows into a cinematic power anthem.

Six-time Eurovision winner Sweden is making a bit of Eurovision history this year with Cornelia Jakob’s “Hold Me Closer,” co-written by Isabel Molin. This is Molin’s first time at Eurovision, but her father of her, Bobby Ljunggren, has composed six Eurovision entries, five for Sweden and one for Lithuania. As of this year, he has had 50 songs compete in Melodifestivalen, Sweden’s national final for Eurovision.

This appears to be the first time that a father and daughter have written separate Eurovision songs. In 1996, Anna Mjöll from Iceland and her father Ólafur Gaukur Thórhallsson wrote her jazz-tinged entry, “Sjúbídú.”

“I’ve been involved with music all of my life and it has been awesome to have that in common with my father,” Molin tells Billboard. “It feels so good to have my parents here and my brother also arrived today, all the way from Singapore.”