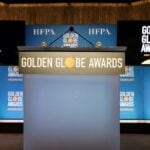 The Hollywood Foreign Press Association on Friday moved closer to shedding its nonprofit status, announcing that its leadership had negotiated a term sheet to sell the Golden Globes to billionaire and acting CEO Todd Boehly’s Eldridge Industries and turn the embattled organization into a for-profit venture that he would run.

The financial terms of the Eldridge proposal were not disclosed, and the organization noted that at least one other entity has expressed interest in making an alternate proposal for the HFPA’s future — a reference to a proposed partnership with former AMPAS President Cheryl Boone Isaacs and her Pacific Coast Entertainment to improve the “tarnished” image of the HFPA.

The HFPA on Friday also announced that Boehly’s proposal and any alternatives would be reviewed by a special committee make up of producer Sharlette Hambrick, veteran nonprofit executive Jeff Harris and C-level communications marketing executive Joanna Massey — who were all named as independent members of the HFPA board last September. The three will work with financial and legal advisers from Houlihan Lokey to evaluate Boehly’s proposal as well as any others.

The proposal has raised eyebrows because it would allow Boehly to collect an even bigger share of the $60 million annual licensing deal with NBC for the annual Globes telecast, which was canceled this year due to the outcry over the HFPA’s lack of diversity and long history of self-dealing. That licensing fee is currently split between the HFPA and MRC, a production company that Boehly also owns and runs as chairman.

“As we announced last year, the HFPA began a process of change and transformation addressing issues of diversity, governance and conduct. As we continue that process, we have moved into the phase of determining the best course of action regarding the accomplishment of the HFPA’s mission, including how to achieve the optimal financial and commercial growth for the Golden Globe brand in the future,” HFPA President Helen Hoehne said in a statement. “The board of directors has appointed an independent committee to work with our financial and legal advisers to review proposals from any interested parties in such phase.”

Four attorneys with expertise in nonprofits recently told TheWrap that a for-profit structure would increase, not decrease, the lack of transparency that has bedeviled the HFPA in recent years and led to a boycott by Hollywood publicists, studios and networks. As a nonprofit, the HFPA is currently required to file annual public financial statements detailing all revenues and payouts, including salaries and charitable contributions.

Experts have also questioned the ethics of having Globes voters participate in the profits of the awards show — a key element of Boehly’s initial proposal — as well as his plan to recruit 200 new voters for the annual Globes who would not be full-fledged members or share in any profits from the for-profit venture.

Others raised red flags about Boehly’s involvement in making decisions about selling HFPA assets to a company he would then own. The billionaire’s involvement “raises conflicts all over the place,” one veteran California attorney in the nonprofit field told TheWrap. “To be engaged on behalf of proposing this because he’s really also on the other side, that’s where this all feels like it’s totally inappropriate.” 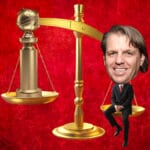