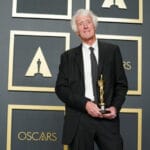 The International Cinematographers Guild have elected Baird B. Steptoe Sr. as National President for a three-year term, Peter Hawkins, chair of the Guild’s Election Committee, announced on Friday.

Steptoe replaces John Lindley, who decided not to seek a second term. Steptoe becomes the first Black president in the guild’s history.

Steptoe currently serves as Second National Vice President and has been a long-time member of the Local 600’s National Executive Board.

Approximately 32.4% of eligible voters cast a ballot. Steptoe led the voting with 1,106 votes, followed by Jamie Silverstein who had 909 votes, Diane Farrington had 416 votes and Casey Shaw 121 votes.

The National Executive Board will have its next board meeting on June 18-19, where the election results will be summitted for approval.