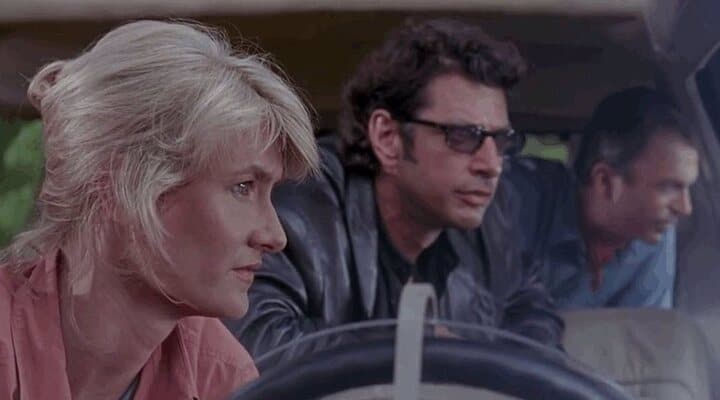 With the premiere just around the corner, ‘Jurassic World: Dominion’ has already put tickets on sale and a big hit is expected to close the saga, not the franchise, as there are plans to continue expanding the universe of the dinosaurs. If the hype has become excessive, it has been in part due to the return of Sam Neill, Laura Dern and Jeff Goldblumof which the latter has recently spoken.

Goldblum will sign with this his fourth appearance in the entire saga. He was presented to the world as Dr. Ian Malcolm in ‘Jurassic Park’ in a mythical role, to return with ‘The Lost World (Jurassic Park)’ in a somewhat more leading role. Once the saga was restarted, the actor made a brief cameo in ‘Jurassic World: Fallen Kingdom’, directed by JA Bayona. This means that the third installment of the ‘Jurassic World’ trilogy will be the first time since the original that the legendary trio has come together.. As Goldblum has stated to comic bookmeeting again with Dern and Neill has been like a reunion with old friends from high school.

“It’s great. I’ve never been to a high school or college reunion, but I can imagine it wouldn’t be what I expect. It will never be as good as this.”Goldblum stated in the interview. “Because we had an unforgettable experience that changed our lives. We were directed by Steven Spielberg. It ended up being a movie that became very popular and that people really enjoyed the last two decades. I see the faces of emotion. It made a big difference, it changed our lives, and friendship with them changed my life. Seeing them again has been amazing.”.

See also  Star Wars sequel trilogy: 10 characters and what kinds of dragons and dungeons they would play

To that he added: “We thought that our task was not to disappoint anyone, including ourselves. To do that, we had our great guide and director Colin Trevorrow, fortunately. He’s thought about it for a long time, he came up with something with Emily Carmichael (screenwriter of the film) and we did it”.

The director already stated at the time how he managed to convince the legendary original trio to run in front of a dinosaur again. However, Trevorrow has also explained why it took him so long to get them back together: “This is the movie I’ve wanted to do from the beginning. It’s the one we’ve built over the last two movies. It was part of a larger story, and I think people may be underestimating the size and importance of Laura Dern, Sam Neill and Jeff Goldblum This includes taking these beloved characters from almost 30 years ago, and understanding how they interact with each other in the context of a world we’ve never seen before I haven’t been able to do so until now. This is very exciting for me, I am having the time of my life.”.