‘Live is Life’ features the Spanish Goonies in this exclusive trailer 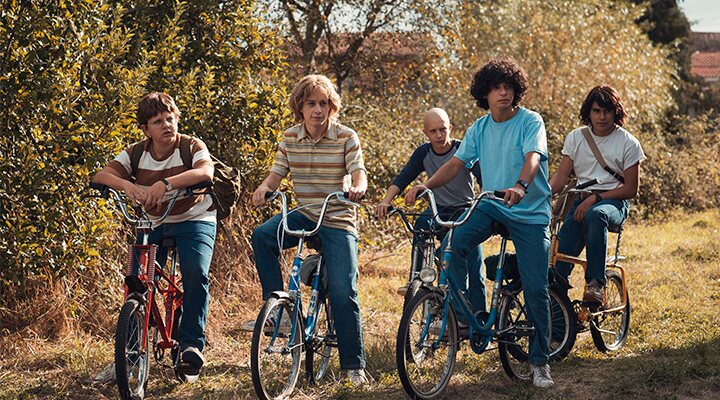 Each child has their own dramas: love problems, bullying, loneliness… But when he meets his old friends, none of that matters. We bring you an exclusive preview of ‘Live is Life’, a film directed by Dani de la Torre (‘The stranger’, ‘The shadow of the law’) and written by Albert Espinosa (‘Red Bracelets’):

In the scene we see the five friends who star in the film arriving at a kind of crypt of what appears to be an abandoned church. There, the curious explorers open a tomb and find some mysterious papers inside. Adrián Baena, Juan del Pozo, Raúl del Pozo, David Rodríguez and Javier Casellas bring to life the group of adventurers who star in the story, in true ‘The Goonies’ style.

A nostalgic film set in the 80s that is also reminiscent of others like ‘Count on me’, premiered in 1985, due to its theme on the confrontation with adulthood and the passage of time.

A young man who lives in Catalonia spends his summers in a Galician town with his parents. There he sees himself with the group of his lifelong friends, with whom he has a better time than ever. However, everything goes wrong in the summer of 1985, when they must face great changes in their lives and the fear of separating forever. But they won’t let that happen. On the night of San Juan, the young people take their bicycles and escape to the mountains in the hope of finding a magical flower that, it is said, will grant them whatever they wish.

Dani de la Torre has given a script twist to his artistic career in this drama that talks about friendship, maturity and personal growth. His series, ‘La Unidad’, was the most viewed on the Movistar+ platform last March.

‘Live is Life’ will hit theaters on June 3 from Warner Bros.