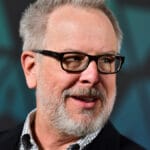 This is our first look at a new animated work from producer John Lasseter since the storied Pixar veteran left his post at the Disney-owned studio and set up shop at Skydance Animation, where he currently serves as Head of Animation.

Directed by Peggy Holmes (“Secret of the Wings”) and written by Kiel Murray (“Cars 3”), “Luck” tells the story of Sam Greenfield, the unluckiest person in the world, who when she stumbles into the never-before -seen Land of Luck, sets out on a quest to bring some good luck home for her best friend. But with humans not allowed, her only chance of her is teaming up with the magical creatures who live there to do it.

This teaser trailer is narrated by a black cat voiced by Simon Pegg, who introduces viewers to the world of the Land of Luck and how it operates. Think of it as “Monsters Inc.” but for lucky/unlucky creatures.

Check out the “Luck” teaser trailer above and the film’s first teaser poster below. The film is due to premiere globally on Apple TV+ on August 5, 2022. In addition to Pegg, the cast includes Jane Fonda, Whoopi Goldberg, Eva Noblezada, Flula Borg, Lil Rel Howery, Colin O’Donoghue, John Ratzenberger and Adelynn Spoon

Footage from the film is being unveiled at the upcoming Annecy International Animation Film Festival’s Work in Progress sessions on June 14, 2022. Holmes, along with key members of the animation team, will share insights into the creative journey behind this highly anticipated, must- see family event.

See also  And the Oscars 2022 Nominees With the Most Demand Are...