Manuel Garcia-Rulfo on the Ethics of Defense Attorneys 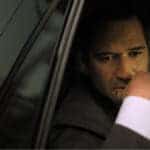 One of the throughlines in Netflix’s “The Lincoln Lawyer” examines the ethics of being a defense attorney. In many ways, Manuel Garcia-Rulfo’s Mickey Haller is forced to reckon with where he draws the line when it comes to representing someone who actually did commit a heinous crime.

“Everyone deserves a defense,” he tells his daughter Hayley (Krista Warner) when she asks what he would do if he knew his client was guilty. She does not let that answer fly, and she presses him to think about where he would draw the line, if he even would.

For Garcia-Rulfo, the complex debate was one that he struggled to grapple with himself as he took on the role of the charismatic Los Angeles defense attorney who inherits a high-profile case defending a tech mogul who is accused of murdering his wife.

“That was one of the things I was battling with,” the actor admitted to TheWrap. “I’d chat a lot with defense lawyers, and that was my model question, because I wanted to understand why you would defend somebody that you are pretty sure is guilty.”

Haller’s daughter isn’t the only one who presses him on the issue throughout the series. He also faces pressure from his ex-wife Maggie (Neve Campbell), who is the Deputy District Attorney. Although she trusts Haller’s judgement, she knows that their work often deliberately clashes.

While Garcia-Rulfo didn’t necessarily come to a neat conclusion (and in some ways, neither does his character), the actor did come to better understand how defense attorneys approach their work.

“You have to put aside your emotions and just work with what you have, which is just the case and the evidence and all that. Everybody has the opportunity to be represented,” he said, adding that, for many of the attorneys he spoke with, the hope is that they’ll get to also fiercely defend a few clients who have been wrongly accused.

“It’s the way the system is and sometimes you have a unicorn which is that you have a guy that is innocent besides what the evidence might say,” Garcia-Rulfo continued. “So you have to bet for that — for always trying to find the real truth.”

“The Lincoln Lawyer” is an adaptation of the books by superstar crime fiction author Michael Connelly. All episodes are now streaming on Netflix. 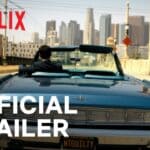