Migrants and refugees in Mexico are more vulnerable due to Covid-19: UNHCR 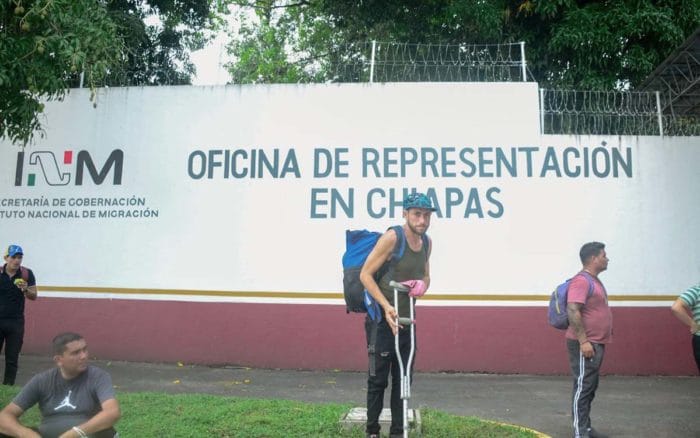 The migrants in Mexico face increased insecurity due to Covid-19; Hondurans and Salvadorans are at greater risk, according to a study by the United Nations High Commissioner for Refugees in Mexico (UNHCR).

The 68% of the people surveyed stated that family income is lower than it was in the pre-pandemic era of Covid-19. Besides, 56% of displaced people were forced to exhaust their resources or depend on other people to meet your daily needs.

The UN Refugee Agency stressed that, despite Mexico It is mainly considered as a country of origin and transit for migrants who go to the United States, more and more people are looking for it as a destination country.

The agency detailed that at the end of 2021, Mexico welcomed 459,046 persons of concern from UNHCR. Likewise, the Mexican Commission for Aid to Refugees (COMAR) reported the record number of 131,448 asylum seekers in 2021.

Due to this, UNHCR and the organization Innovations for Poverty Action (IPA) carried out a study based on two rounds of a telephone survey applied between March and September 2021 to a random sample of the registered population of the UN agency, using the model from the World Bank High Frequency Telephone Survey.

People from host countries were also surveyed for comparison purposes.

With this they found that the Food insecurity mainly affects Hondurans and Salvadorans: 54% I declare that ran out of food in the last 30 days, 30 percentage points more than the host community (19%).

In addition, 13% of infants from Honduras and El Salvador they went without food for 24 hours in the past 30 days, compared to 4% of the host community population.

See also  Sandra Bullock was almost the Helen of Candyman

Between both rounds of the survey, the employment rate of the people surveyed improved from 67% to 72%. However, while 80% of Venezuelans were employed by the second round, Hondurans and Salvadorans they lagged behind by 9 percentage points.

Displaced respondents have many less likely that the host community to have a formal jobexposing them to a higher risk of unfair labor practices and reducing their access to the employment-based social security system.

In the second round of the survey, the 56% of the host community, 49% of Venezuelans, and 27% of Hondurans and Salvadorans reported having a formal contract.

Faced with this, UNHCR Mexico reiterated the need for a broader social and economic inclusionincluding in the local health system, the educational system and the population registry.

A study carried out by UNHCR shows that displaced people in Mexico 🇲🇽 face greater insecurity due to COVID-19 🦠, with the Honduran 🇭🇳 and Salvadoran 🇸🇻 population being the most at risk.