Miguel Bernardeau will be Zorro in a new Prime Video series 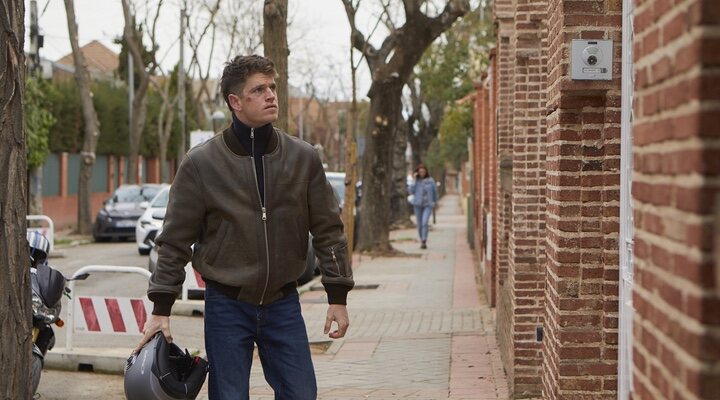 Miguel Bernardeau prepares to put on the mask and grab the sword to become the next incarnation of Zorro in a new series being prepared by Amazon Prime Video. As reported VarietyBernardeau will play a modern version of Diego de la Vega, bare-faced landowner and masked hero. Next to him will be the Mexican Renata Notni at the head of the cast as Lolita Márquez, the love of youth of de la Vega. Notni has been seen mainly in series and novels such as ‘La Venganza de las Juanas’, ‘The Dragon: The Return of a Warrior’ or ‘My adorable curse’.

This series based on Zorro, a character created by Johnston McCulley in 1919, will be shot mainly in the Canary Islands and will be produced by Secuoya Studios and John Gertz, founder of Zorro Productions and producer of the films ‘The Mask of Zorro’ and ‘The Legend of Zorro’, both starring Antonio Banderas. The series will be directed by Javier Quintas (‘The paper house’, ‘Sky Rojo’) and Miguel Ángel Vivas, director of ‘Your son’, ‘Kidnapped’ or ‘Disappeared’. The first season will have 10 episodes, all written by Carlos Portela, screenwriter of ‘Hierro’ and ‘Velvet Collection’.

“We are faced with the honor, but also the responsibility, of taking the greatest Hispanic-American hero of all time and adapting him for a new generation,” says David Martinez, Head of Fiction at Secuoya Studios. According to the producer, the series “perfectly reflects the diversity of an emerging world in which different races try to live together” and it will be marked by Diego de la Vega’s youth relationships, love affairs and disappointments, which will forge his development as a character and will reflect a masculinity far removed from stereotypes. Of course, the main engine of it will be the mystery of the murder of her father, “a personal quest that leads him to uncover family secrets that will forever change his destiny.” As for the women in the series, from Secuoya they assure that they will be some “Ahead of their time, empowered, who will stand up to the masked hero or act as confidants, according to their own interests.”

In addition, Bernardeau finished filming on April 28 the original series of Disney + ‘The last’, that he has starred with the singer (who is also his partner) Aitana Ocaña. ‘La Última’ is a love story between its two characters and a generational portrait of overcoming, disappointment, illusion, courage and empowerment according to the platform. The cast is completed by Luis Zahera, Aitor Luna, Jorge Motos, Sandra Cervera, Jorge Perugorría, Óscar de la Fuente, David Castillo and Esther Ortega. The season will have 5 episodes and no premiere date has been announced. Also for television, the actor participates in an episode of the Netflix series ‘1899’ that will be released throughout the year.

See also  Arrow: 10 Unpopular Opinions About The Show (According To Reddit)