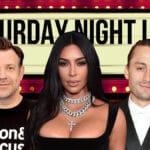 Natasha Lyonne is closing out Season 47 of “Saturday Night Live.”

The “Russian Doll” actress will be making her hosting debut on May 21.

The musical guest will be Japanese Breakfast, also making their “SNL debut.” The pop band is currently on a North American tour following the release of their critically acclaimed album “Jubilee.”

The penultimate episode of “SNL” airs this Saturday, May 14. Selena Gomez will host for the first time, and Post Malone will make his musical guest debut.

In addition to the live broadcast on NBC, “SNL” will stream the remainder of the season live on Peacock at 11:30 pm ET/8:30 pm PT.

The second season of Lyonne’s Netflix series began streaming in April. Lyonne is also set to star in and executive produces “Poker Face” for Peacock.

admin
See also  WandaVision theory: Billy and Tommy are the prisoners of TVA