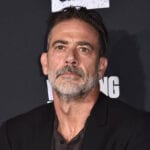 “The Walking Dead” is ending after 11 seasons, but Norman Reedus—and his legions of fans—are excited for his upcoming spinoff centered around his badass character, Daryl Dixon.

The series was originally going to include Melissa McBride’s character, Carol, but the actress recently bowed out from the series, which is shooting in Europe this summer. In its statement announcing McBride’s departure, AMC wrote that relocating was “logistically untenable for Melissa at this time.”

Reedus confirmed that the last half of “Walking Dead’s final season airs in October.

He also shot down the idea that he’s calling the shots on his spinoff about issues like music selection: “People think I have all this power and I’m like… I really don’t. I’m just an actor for hire really.”

admin
See also  Central Park Character Guide: What does the cast look like?