Review of ‘Eyes of Fire’ 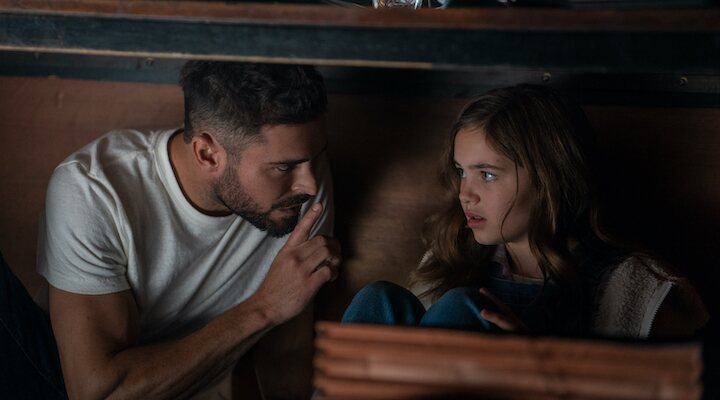 As everyone knows, remakes and reboots are the order of the day and, lately, blumhouse has dedicated a large part of its catalog to recover classic horror properties to relaunch them under its characteristic stamp. We have seen them reinvent the Dark Universe in terms of independent modern rereadings, starting with ‘The Invisible Man’, and they have dared with late sequels to ‘Halloween Night’, ‘Boys and Witches’ and ‘Candyman’, among other iconic past titles.

All of them are now joined by ‘Eyes of Fire’, a new adaptation of the popular 1980 novel written by the master of suspense, Stephen King, which was already made into a film in 1984 with Drew Barrymore, just two years after ‘ET, the alien’, in the role of the leading girl. This new version comes from the hand of Keith Thomas (‘The Vigil’) in the direction, with a script by Scott Teems, who wrote the recent ‘Halloween Kills’, and production by Jason Blum and Akiva Goldsman.

Also following in the footsteps of recent adaptations by Stephen King, a constant on the screen (big and small), but especially present in recent years (‘It’, ‘Pet Sematary’, ‘Doctor Sleep’ and too many upcoming projects to list here), ‘Fire Eyes’ brings us back to the most eighties King in a film that remains broadly faithful to the original story, if anything simplifying it again and introducing slight changes to modernize it and bring it to our time.

The script reproduces the main bars of King’s novel and its 1984 adaptation, telling us the story of a family affected by the weight of superpowers. Andy (Zac Efron) and Vicky (Sydney Lemmon) participated more than a decade ago in the experiments of a shadowy secret agency, which gave them special abilities. Shortly after, they had a daughter, Charlie (Ryan Kiera Armstrong), who was born with his own superpower, pyrokinesis, ability to control fire and heat. Since then, the three have not stopped hiding, constantly changing their residence to avoid being found by the agency, which plans to turn Charlie’s gift into a weapon of mass destruction. Upon turning 11, the girl finds it increasingly difficult to control her power, which will lead the family to be discovered, forcing them to undertake a definitive escape in which Charlie will discover the true and terrifying scope of the ability. her. 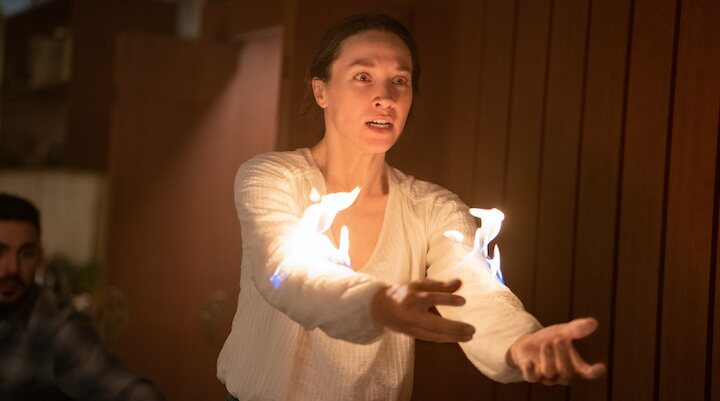 Teems’ script condenses King’s narrative by removing and altering subplots (for example, he doesn’t dwell on Andy’s addiction stemming from his experience with the agency) to form a more concise story, which definitely works in its favor. . By not getting overly complicated, the film never loses its way, and its clear absence of pretensions makes it easier to enjoy its simple and effective proposal.

Of course, although ‘Eyes of fire’ is classified as a horror thriller, the truth is that the film is much more the former than the latter. In fact, save for a couple of light jump scares, horror is conspicuous by its absence, with supernatural suspense being a more appropriate label for the film. Nor should we expect very strong emotions from her, since, despite her age rating not recommended for children under 16 (Rated R in the United States), remains fairly cautious about graphic violencedeciding not to dwell too much on deaths, and even hiding them off-screen.

Despite being set in the present day, the film retains the 80s DNA of the story, reminding us that ‘Fire Eyes’ is one of the main inspirations for ‘Stranger Things’, a Netflix phenomenon that borrowed a lot from it, and from King usually. Another marker of the past that we find in it is the excellent soundtrack by John Carpenter. The legendary director of ‘The fog’ thus gets half a thorn stuck after being about to direct the first adaptation in his day and being replaced after ‘The thing’ did not work very well at the box office. Carpenter dresses the film in his signature sound, composing alongside his collaborators Daniel Davies and Cody Carpenter. a score, reminiscent of ‘Halloween Night’, that takes us directly back to the 80s with its synthesizers and its creepy melodies. Without a doubt, the best of the film. 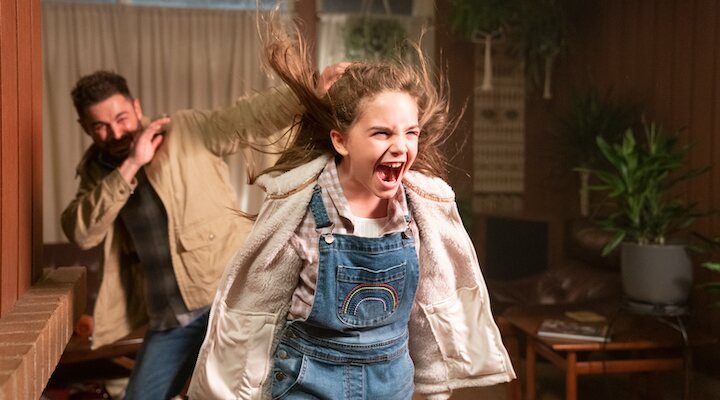 But the great success of ‘Eyes of fire’ is the choice of Ryan Kiera Armstrong as Charlie. We already saw her embroidering the girl’s profile creepy half psychopath in the tenth season of ‘American Horror Story’, and here he redeploys his innate dramatic talent in a similar role that confirms that we are facing a future star in the making. His work is praiseworthy, and not just as a child’s performance, but as a plain performance. And in the same way, it is necessary to highlight Efron, who measures up as his father, establishing a very real connection with the girl. That father-son relationship (on which ‘Logan’ also relied heavily, by the way) is the core of the film, and by not losing sight of it at any time, it keeps the story on a clear path and without distractions.

Now, what is not so up to par is its visual section. ‘Fire Eyes’ is a fairly flat cinematographic work, with a merely functional direction and rather little artistic flair, which is a shame considering the possibilities the story provided for doing something more visually exciting. But as with violence and terror, it seems that he prefers not to risk and stay on safe ground.

Despite this, the film works thanks to its dramatic approach, which explores the ubiquitous theme of superpowers, not as a gift, but as a curse with dire consequences, and their performances, especially those of Efron and Armstrong, who form a very attuned father-daughter duo. And well, it must be said that the original adaptation is not considered one of the great classics of the 80s either, despite the affection that horror lovers may have for it, so on this occasion, the comparative offense is not so harmful. 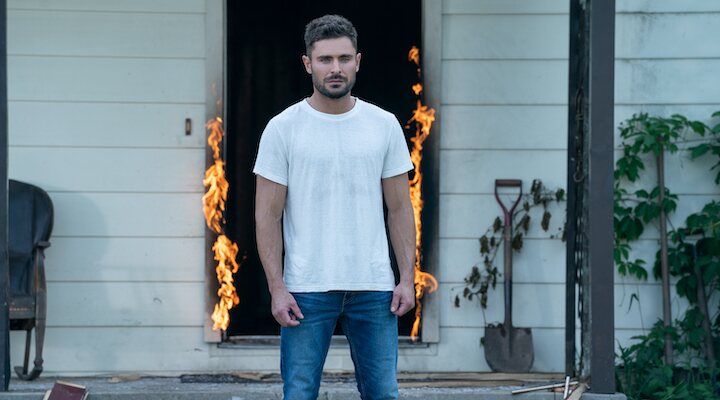 Although more creativity and pyrotechnics are missing (never better said), Blumhouse once again demonstrates that you don’t need huge budgets to make a proper science fiction movie. What ‘Eyes of fire’ offers us is a correct update that, although it does not bring anything new or special, at least It serves to remind us of the influence, much greater than we think, of the supernatural creation of Stephen King in today’s cinema and television..

The best: Ryan Kiera Armstrong, a small wonder. And the nostalgic soundtrack by John Carpenter.

Worst: Visually it leaves a lot to be desired, much more could have been done with it.