The View: Sara Haines Slams Advice for Women to Breastfeed Amid Formula Shortage 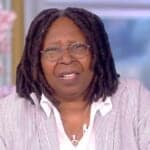 As the nationwide baby formula shortage continues to worsen, “The View” host Sara Haines has had just about enough of people telling mothers to “just breastfeed” instead. On Friday’s show, she called it “dismissive” and “insensitive” advice.

To kick off the discussion, Joy Behar — moderating while Whoopi Goldberg was out — asked the table if they believe, as Republicans seem to, that Joe Biden is at fault for the formula shortage. The answer was a resounding no. For host Sunny Hostin, the true blame lies in “the fact that we have terrible maternity leave.”

“Because a lot of women would love to be able to stay home and breastfeed their children and take care of their children,” Hostin said. “And the fact of the matter is, we can’t do that, because we have very limited maternity leave. And we have to immediately go back to work to take care of our families and feed our families. And the government doesn’t support us in that. And I think that’s where the problem is.”

Hostin then recalled how she had to borrow paid leave from her co-workers back when she had her son in 2002. But for Haines, the suggestion that breastfeeding would solve the shortage is not helpful, because not every woman is even able to breastfeed, for a variety of reasons.

“To say casually, ‘Women have done this for thousands of years,’ ‘That’s why you have breasts,’ ‘Just breastfeed’ — I find that dismissive, uninformed and insensitive to make it that casual, because that is not the case for most people.”

Haines also recalled her own experiences, and told her co-hosts just how hard breastfeeding was on her mental health. 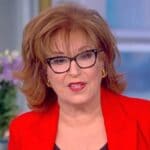 “I struggled with my mental health. I had two times of postpartum depression and anxiety with my first and my third babies. And I hit pretty rock bottom,” Haines recalled. “And the breastfeeding was what set me over the edge. It tipped off my anxiety in a way that at times I wasn’t functioning.”

She added: “It was setting off my anxiety. The captured audience of sitting still, that every time the baby cried, it was this feeling — I felt more captive breastfeeding than I did pregnant with a baby.”

You can watch the full segment from “The View” in the video above.