With the 1990s back in fashion, can The Kids in the Hall be cool again? 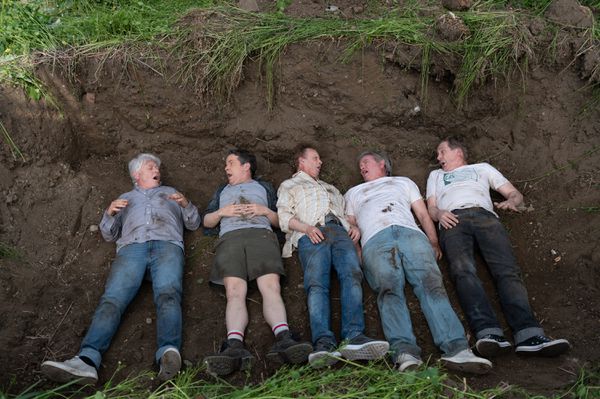 The Kids in the Hall comedian Bruce McCulloch recently saw a live performance by the gospel music legend Mavis Staples, who, at the end of the concert, flogged her merchandise. McCulloch identifies with the octogenarian. “I want to be on stage when I’m her age, saying there are CDs in the lobby,” he says. “In fact, that’s where I feel the Kids are now.’

Twenty-seven years after their groundbreaking CBC sketch-comedy show last aired, the Canadian troupe is back on the small screen. The new eight-episode The Kids in the Hall series is available on Amazon Prime. As well, a new documentary about the group, The Kids in the Hall: Comedy Punks, hits the same streamer on May 20.

The revival is happening at a time when all things 1990s are back in fashion. A forthcoming Netflix spinoff of That ’70s Show jumps ahead two decades as That ’90s Show. New Zealand pop star Lorde had a smash hit last year with SolarPowera song that unabashedly borrows the vibe and melody of George Michael’s era-specific single Freedom! ’90. And electropop singer-songwriter Little Boots recently released Landline, an ode to a simpler time before cellphones. “The nineties are like a warm, fuzzy sweater we can put on and feel reassured,” said Little Boots (aka Victoria Hesketh).

Did the troupe feel compelled to stick to its nineties vibe in 2022?

“I don’t think about our legacy. We just like doing what we do,” says McCulloch, who, along with Mark McKinney, spoke to The Globe and Mail.

McKinney elaborates: “The strength of the old series is that we never, ever allowed ourselves to have a discussion about what is or isn’t a Kids in the Hall sketch. There’s a certain crippling self-consciousness in that. We just come in with our nuttiest ideas. If we ever get to the point of thinking something is too weird, please shoot us.”

In 2010, the comedic quintet, which also includes Dave Foley, Kevin McDonald and Scott Thompson, created the eight-part narrative miniseries. Death Comes to Town for CBC. They’ve also performed live together over the years. They resist the “reunion” tag that the media inevitably attaches to their projects.

“We’ve never broken up, and we never will break up,” McCulloch says. “We understand the important place of our work in our lives, and we know that the best work we can do is together.”

The new series also brings back the Toronto twang-rock band Shadowy Men on a Shadowy Planet, who provided the original show’s music in the 1900s. “We always got our energy from their energy,” McCulloch says. “They made us cool – if we were ever cool at all.”

They were cool, and edgy and had a cult following. But the average age of the Kids is now just under 61 years old. In the first episode of the new series, all of them are unearthed from a mass grave, as if buried since 1995. They’re shocked by their much older appearances; Foley, for example, wants to know whether he’s “still the cute one.”

Viewers can judge for themselves. Foley (with McDonald) appears in one sketch in all his full-frontal-nudity glory. “Cute” might not be the first adjective that comes to mind.

All the Kids appear in a sketch about senior-citizen male strippers. McKinney’s character – looking for love and his reading glasses – uses a rotary dial phone on stage. A young woman finds the landline device “so hot.” Elsewhere, Thompson and McCulloch relive their Cathy/Kathy secretary characters in a bit that fondly recalls the fax machine.

A lot of things have changed since the nineties, but have the Kids themselves? Yes and no.

“I think we’re kinder to each other now,” says McCulloch, when asked about the creative rivalry between the five comedians. “But we still each want the sketch that kills. We’re gunslingers who all want to have the cool idea. That will never go away.”