Cofepris verifiers will use cameras in vests to avoid corruption 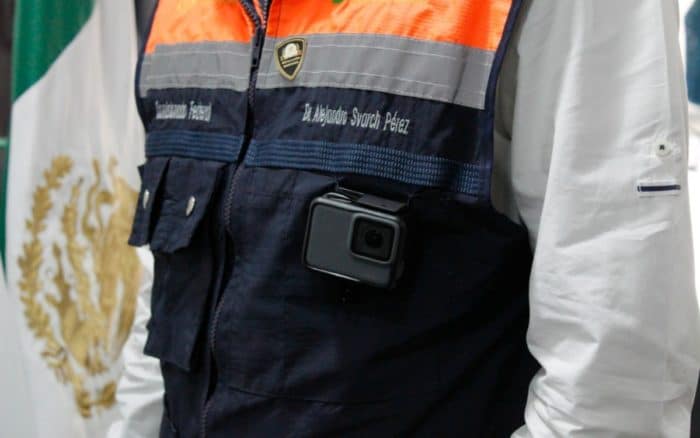 The sanitary verifiers of the Federal Commission for the Protection against Sanitary Risks (Cofepris) they will carry lapel cameras in their vests that will allow the surveillance of public servantsand thereby prevent acts of corruption.

This anti-corruption measure is contemplated in the new National Strategy for Good Governance in the Federal Health Systemunder the slogan “Throughout Mexico, integrity in health regulation”, which presented the Cofepris and the Ministry of Public Administration (SFP), according to a joint statement.

The event, held at the headquarters of the SFP, was attended by the 32 health authorities of the federation and the respective state comptrollers, before whom it was presented the new strategy based on zero tolerance for acts of corruption and in citizen trust schemes, sending a solid message of joint efforts between the federation and the states.

The secretary of the Civil Service, Roberto Salcedo Aquino, stressed that “the National Good Governance Strategy will help create synergies between the Public Service and the authorities of the Federal Health System to prevent, detect and investigate conduct that could lead to illegal actswith which we will form a common front in the abatement of corruption and impunity in the regulation, control and promotion of health”.

The head of Cofepris, Alejandro Svarch Pérez, highlighted the importance of the strategy to promote integrity in the public service. In addition, he presented the cameras for sanitary verifiers of the institution, a regulatory innovation that It will allow comprehensive, modern and transparent surveillance.

“Access to a flexible and capable of adapting to any challenge must be accompanied at all times by a clear anti-corruption strategy and in constant improvement, and the National Strategy for Good Governance in the Federal Health System lays the solid foundations for it”, said Svarch Pérez during its launch.

The strategy implements coordination mechanisms in terms of dissemination, training, supervision and linkage, which are aimed at strengthening accountability, promoting integrity in the public service, in order to prevent discretionary acts and corruption to give certainty about the correct execution of the processes of regulation, control and health promotion.

🧵 Eradicating corruption in this administration is a joint effort with the Federal Health System, the @SFP_mx through the Internal Control Body. pic.twitter.com/GUbZ9g1exQ

Commitments are also established at the federal and state levels to standardize tools and operating mechanisms. In addition to this, it is considered to implement dissemination and communication campaigns to prevent and promote the reporting of discretionary acts or corruption.

Finally, the representatives of the health authorities of the 32 entities of the Mexican Republic signed an agreement to formalize the operation of said strategy; This document addresses specific issues regarding transparency of resources and details activities for compliance. The implementation of the national strategy will be under the supervision of Cofepris.