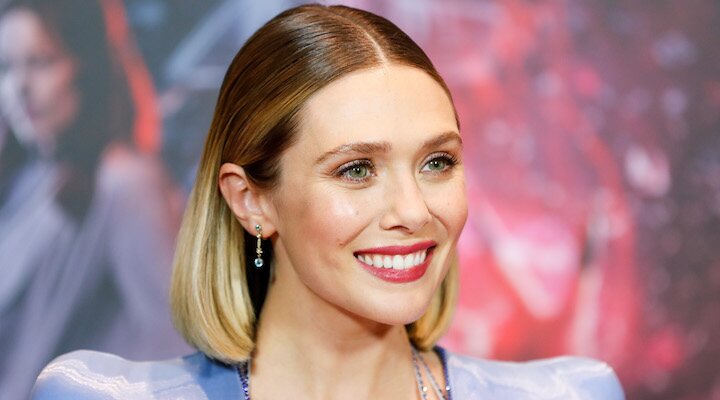 ‘Doctor Strange in the Multiverse of Madness’ is full of memorable and shocking moments, but If there is a scene that is monopolizing more comments, it is that of The Illuminati. During a visit to Earth-838 of the Marvel Cinematic Universe, Stephen Strange (Benedict Cumberbatch) meets this powerful supergroup, made up of variants of superheroes that inhabit said universe, among which is reed richards, also known as Mr. Fantastic. The actor who plays him in the film is John Krasinski, the preferred candidate for the fans, who had been asking Marvel to sign him for the UCM for years.

This is how Marvel Studios makes one of the most desired fan castings of superhero movies a reality. However, the joy is rather short-lived, since just a few minutes after presenting it, the film snatches it from us in a massacre at the hands of Scarlet Witch, who murders the members of The Illuminati one by one in the most macabre ways.

This intense sequence has left its mark on viewers. But what does Elizabeth Olsen have to say about it? For now nothing, because according to the actress who plays Wanda Maximoff, she never got to meet Krasinski in person. This is what he has assured during the Vanity Fair lie detector, where he is asked if Krasinski is the most intelligent man on Earth (referring to Reed Richards). Olsen plays crazy and responds “I don’t know him, but I wouldn’t think an actor would be the smartest man on Earth.”. However, the interrogator insists: “You don’t know him at all?”. “I don’t think so, I’ve never met him in person”she replies. “You are in the same movie”Vanity Fair tells him, but Olsen reiterates: “I have never met that man. But I have met his wife” (Emily Blunt, favorite candidate for Sue Storm/Invisible Woman). The polygraph examiner settles the matter by stating that Olsen is telling the truth.

It is clear that the intention of the interview is humorous, but it would not be so far-fetched that, in reality, Olsen and Krasinski did not physically coincide on the set of ‘Doctor Strange in the multiverse of madness’. In fact, It is very common for Marvel actors to film scenes separately without knowing at that moment which character will appear with them on screen or which MCU project that sequence will end up in.so Olsen could very well be telling the truth.

Recently, in another interview with CinemaBlendthe interpreter replied the same, emphasizing that she did not know any of the Illuminati in person: “Movie Magic!”. Surely, we’ll know more about it when Marvel lifts the spoiler ban and later on we get to see how the movie was made on Disney+.

If the marvelites wanted John Krasinski as Reed Richards in the UCM before, now that Marvel has given him to us, for many there is no other option to star in the reboot of ‘The Fantastic Four’ that the studio is preparing. Krasinski’s cameo could remain just that, a cameo, but the Multiverse completely opens up the possibility that we meet Mr. Fantastic from another universe, and that he also has the face of the actor from ‘The Office’.

But that’s not all, fans are also campaigning for Krasinski to direct the film as well. Recently, Jon Watts, the director of Tom Holland’s ‘Spider-Man’ trilogy, left the project, thus leaving the director’s chair free. Krasinski, who has already shown his good work as a director with ‘A Quiet Place’, is the number one candidate to replace him on the Internet. As to whether his wife, Emily Blunt, will be able to play Sue Storm’s skin, it already seems more difficult, since the actress has already expressed actively and passively that she is not interested.