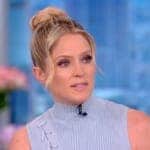 Fox News’ Sean Hannity shared photos that falsely claimed to show “pallets and pallets” of baby formula at the southern border that were reserved for “illegal immigrants,” which CNN quickly debunked, calling the “Fox and Friends” segment an “illuminating example ” in “outrage creation.”

Florida Rep. Kat Cammack joined the Fox News host on Friday to talk about the national shortage of baby formula. She’s among several Republicans who have declined President Joe Biden over his decision to provide baby formula to migrant infants. Cammack has been on several Fox shows to express outrage over the issue and shared photos she said were given to her by a Customs and Border Patrol agent.

“Pallets and pallets of baby formula for illegal immigrants and their families even as hardworking American…families, we are now suffering a massive nationwide shortage,” Hannity lamented, showing the photos on-air.

Unfortunately for them, the photos are incredibly misleading — and pretty much downright false. According to CNN Business managing editor Alex Koppelman — who authored a report on the matter for the Reliable Sources newsletter — the packages contain powdered milk, not baby formula.

“The photo Hannity pointed to, and the one that followed it, showed boxes and boxes clearly labeled NIDO,” the report, titled “Outrage Creation,” read. “As anyone at Fox could have discovered with about a minute’s worth of fact-checking, NIDO is not baby formula; it is powdered milk. As its maker, Nestlé, specifically notes: ‘NIDO® products are only intended for children ages 1 year and older.’” 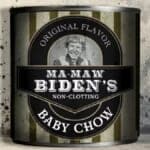 “There is undoubtedly some formula being provided to babies in these centers at the border — you’d assume there would be, unless you expect the government to simply decide to starve babies in its care,” Koppelman continued.

See also  Halle Berry's condition to return to the X-Men

“The narrative spun over the past two days on the right, though, has let people imagine not a little bit of necessary food but rivers of formula going to the undocumented over themselves. It’s an illuminating example of how Republican politicians and right-wing media work in concert, turning the thinnest possible set of facts into days of outrage over Them getting something You deserve — and then, as with the photos Hannity and ‘Fox & Friends’ used , abandoning facts altogether.”

According to The Wall Street Journal, “some 40% of the nation’s baby formula is out of stock,” citing Abbott Laboratories’ February recall of several brands and the closure of a Michigan plant after four infants fell deathly ill after ingesting powdered formula that contained bacteria. “Last year Abbott accounted for 42% of the US formula market, about 95% of which is produced domestically,” WSJ reported. 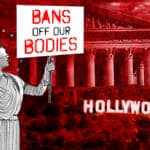