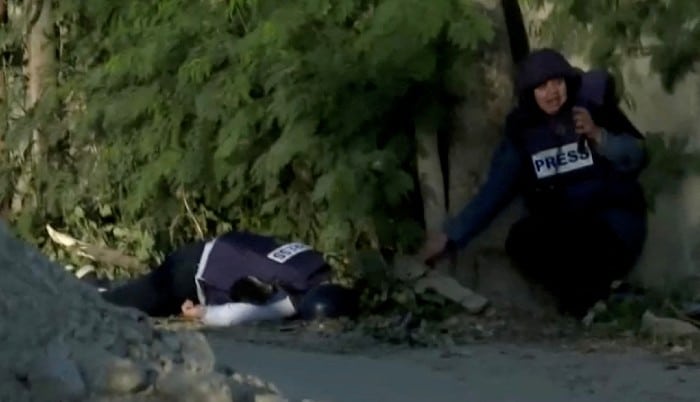 On May 11, Shireen Abu Akleh, 51, was murdered. The cause? Shot just behind her ear while covering an Israeli military incursion into the occupied West Bank. A day later, Palestinian President Mahmoud Abbas accused the Israeli authorities of being “fully responsible” for the murder.

However, in his version, Israel targeted the Palestinian militias, a version that in an interview for Aristegui Live, Dima Khatib dismissed. He even highlighted that the story about Shireen’s death has been changed at least four times, in all, freeing the Israeli Army from responsibility. However, he noted that an Israeli organization called B’Tselem went to the site where Shireen was killed and clarified that “It couldn’t have been any Palestinian”.

Israeli forces have killed an American-Palestinian journalist for Al Jazeera in the occupied West Bank.

He was shot in the head by soldiers during a raid in the city of Jenin. “They killed her in cold blood,” witness journalists say. pic.twitter.com/UMGWQsDJ1P

Veteran journalist Shireen Abu Akleh was a correspondent for the network Al-Jazeera since 1997, the same year Dima Khatib joined the team. He said that the impact of his colleague has transcended from generation to generation and now, it is “a national heroine”.

“My grandmother saw her reporting on TV in Palestine, my father who is now 90 years old saw her, me and even my 14-year-old son… andIt transcends from generation to generationShe was one of the first Arab women war correspondents.

The images of Shireen lying on the ground while one of her companions tries to approach her to help her in the midst of a hail of bullets went around the world. The journalist wore a helmet and a vest with the legend “PRESS” -press-. But the bullet hit her right in the one place the case didn’t cover: behind her ear.

Dima Khatib explained that only a sniper could do that. “It was a heinous crime, for us a war crime.”

Without a doubt, Shireen has managed to unite the entire Palestinian people, but she has also made the world pay attention to the Israeli occupation both in life and in death.

On May 13, new images on the case of Shireen Abu Akleh forced the world not to take its attention off what is happening between Palestine and Israel. Photographs and videos of the correspondent’s funeral procession in Jerusalem went viral on social networks, which turned into chaos when Israeli police arrived charging the mourners.

The General Director of the AJ + channels assured that of all that chaos, the most incredible thing was that Israeli soldiers seized his body so as not to allow a caravan to take her to the Church. Shireen was Christian-Palestinian.

He stressed that the soldiers did not allow Shireen’s brother to approach the car where the coffin was for a few minutes. However, the number of people was so great that the Israeli authorities were unable to stop the ceremony that they had prepared for him. During the confrontation there were many attacks, shots and they used tear gas.

“They don’t want to let don’t even have peace that journalist they murdered.” 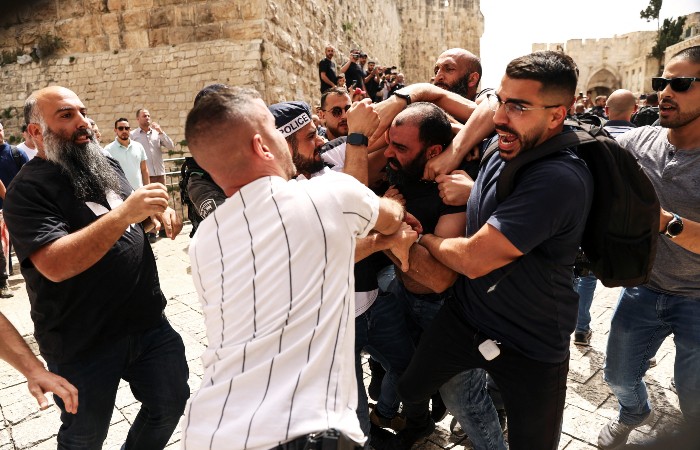 In addition, when trying to stop the attendees, the police elements were about to throw the coffin. In addition, they confiscated some symbols that accompanied the journalist’s body, such as a Keffiyya – the Palestinian headscarf – that had his blood on it.

“They confiscated Shireen’s life… Then they wanted to confiscate his funeral, his last moment and everything that was there, there are people arrested, there were shots and tear gas.”

Dima Khatib said he did not know the number of people who attended the funeral. However, to give an idea she explained that during the journey she made Shireen’s body from Ramallah to Jerusalemwhich is 140 kilometers, dozens of people from all the towns came out on the road to accompany her. 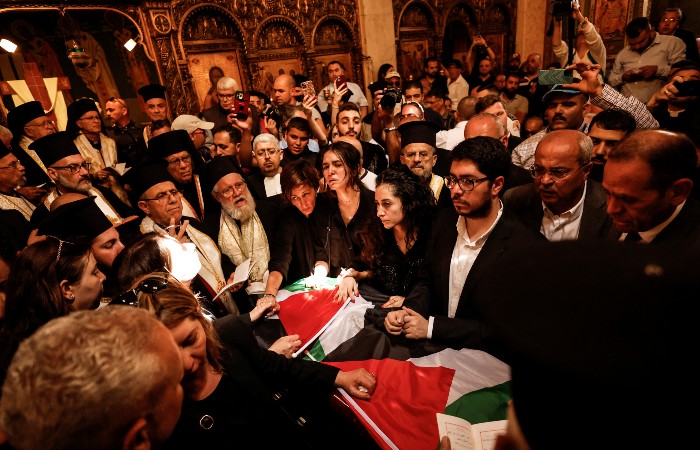 He assured that that amount of people had not seen each other since Yasser Arafat’s funeral former President of the State of Palestine, who died in 2004.

“Even there were people who risked their lives to cross from the occupied West Bank to Jerusalem, that normally Palestinians need permission. I saw seas of people despite all the barriers, ”she assured.

Khatib said that even though Shireen was a Christian, religious leaders from all the churches were present. Also, something that had never happened, the bells of all the churches in Jerusalem rang in memory of the journalist.