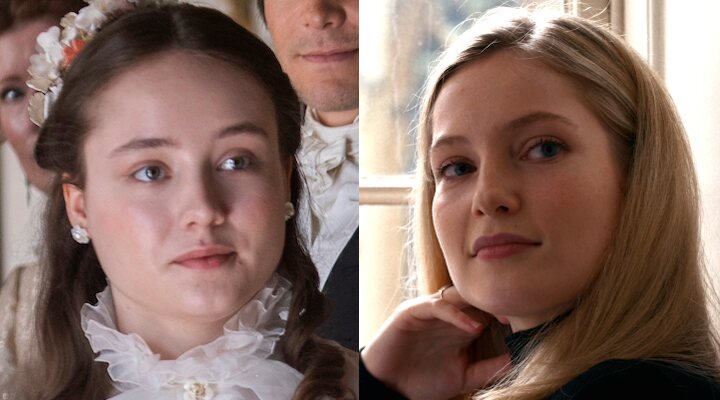 The success of ‘The Bridgertons’ is indisputable. The series created by Chris Van Dusen and produced by Shonda Rhimes premiered its second season in March and is still in the top 10 most watched on Netflix. Its continuation is guaranteed, with seasons 3 and 4 already officially confirmed. The series will return in the future to be determined with its third installment, but when it does, it will come with a major cast change: the actress who plays Francesca Bridgerton will be another.

Until now, the sixth Bridgerton sister had been played by Ruby Stokes, but as of the next season, Hannah Dodd will take over (‘Anatomy of a Scandal’). Contrary to what many may think, the reason is not due to a jump in time or the needs of the script, but the reason why Stokes had to leave the series is a conflict with another project. The actress already had a previous agreement with another Netflix series, ‘Lockwood Agency’of which it will be its protagonist, for which it has been forced to leave.

Van Dusen, the showrunner, has explained it like this to TVLine: “I love Francesca, but we lost her in the middle of the second season. After exhausting all options, unfortunately he had to leave for reasons beyond our control. Maybe the third season will cast the spell”. Originally the character was going to have a greater presence in the second seasonbut due to their scheduling conflicts it was impossible and the production was forced to find a replacement.

In addition to being part of the cast of ‘Anatomy of a Scandal’, Dodd has participated in ‘Harlots: Courtesans’ and ‘Eternals’, and will soon see her in the sequel to ‘Enola Holmes’. Her career has only just begun, but surely, ‘The Bridgertons’ will be a major boost for her.

Who will star in the third season?

As fans of ‘The Bridgertons’ know, each season focuses on one of the eight brothers in the Bridgerton family. The first installment revolved around Daphne (Phoebe Dynevor) and the Duke of Hastings (Regé-Jean Page), while the second has narrated the romance between Anthony (Jonathan Bailey) and Kate Sharma (Simone Ashley).

If we were to follow the order established by the Julia Quinn novels on which the series is based, the third season should be about Benedict (Luke Thompson), however, Rhimes has already teased that the series may not follow the order of the books. , although there is an intention to tell the stories of all the brothers. That yes, surely for the season of Francesca there is still enough, since this stars in the sixth book of the saga, ‘The Heart of a Bridgerton’.