They incinerate more than 63 thousand doses of narcotics in CDMX 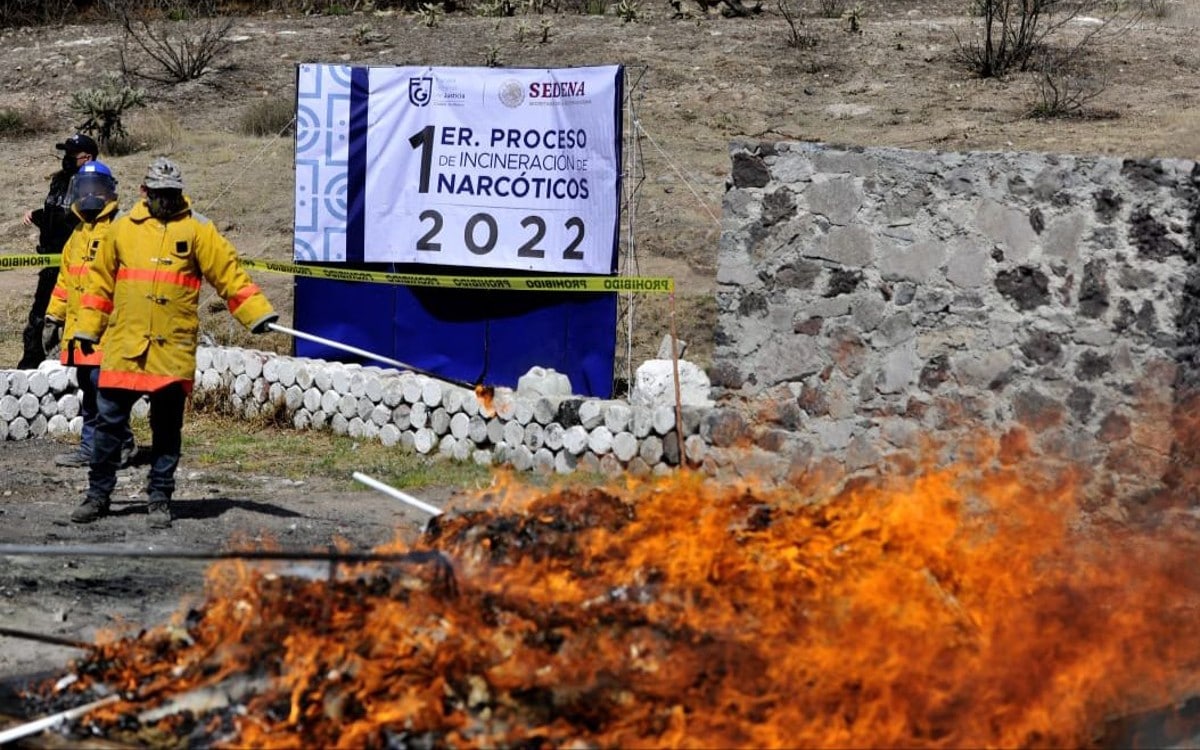 Approximately 63 thousand 613 doses of substances such as cannabis, cocaine or methamphetamines, were incinerated in Military Camp Number 37-A, in the municipality of San Juan Teotihuacán, in the State of Mexico, reported the Mexico City Attorney General’s Office.

The narcotics fire corresponds to the first narcotics incineration process 2022carried out by the Capital District Attorney’s Office, in coordination with the Secretary of National Defense (Sedena).

The illicit substances incinerated form part of the evidence of 54 preliminary investigations and 440 investigation folders.

On behalf of Ernestina Godoy Ramos, prosecutor of Mexico City, Laura Ángeles Gómez, general coordinator of Administration, stated that the presence of drugs in the capital represents a threatso its seizure, together with the Secretariat of Security of the capital, Sedena, Semar and the National Guard, as well as its destruction, weakens distribution operations and consequently reduces its consumption.

In addition, he added that the drug trafficking problem triggers other criminal behavior such as corruption, homicides, human trafficking, arms trafficking, kidnapping, extortion, among others.

That is why, he said, that the CDMX Prosecutor’s Office reiterated its commitment to the inhabitants of the capital, to continue its work in strengthening the administration of justice in coordination with federal and local authorities.